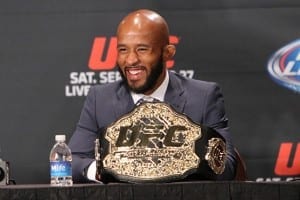 Demetrious Johnson is the UFC’s undisputed 125-pound king, and it seems as if… 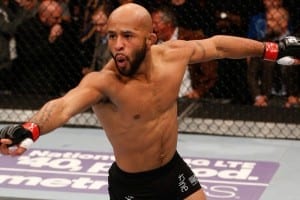 It’s very much business as usual for Demetrious Johnson. The UFC flyweight champion…

Video: Demetrious Johnson speaks about TUF, gaming and a rematch with Dominick Cruz

Flyweight king Demetrious Johnson has an interesting road ahead of him.

First up, Johnson will face the winner of the new season of The Ultimate Fighter, where each competitor is the current holder of one of various Flyweight belts from around the globe. That fight will take place on December 3 on the TUF 24 Finale card.

Following that, options both shrink and open at the same time. With flyweight contenders few and far between for the champion, it’s possible that the long discussed rematch between Johnson and bantamweight champion Dominick Cruz could take place. For, Johnson says, the right offer.