What is LiFi and will it replace WiFi in the near future?
Press enter to begin your search
Technology

What is LiFi and will it replace WiFi in the near future? 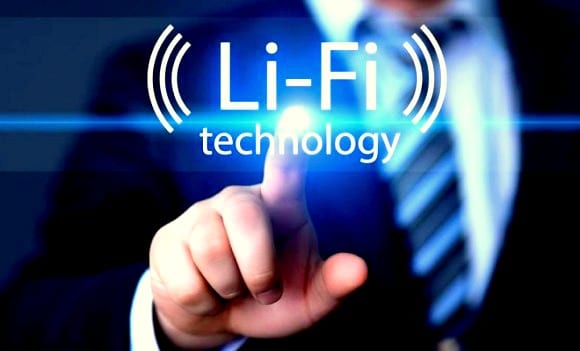 Mobile communications professor Harald Haas has theorized about using LED bulbs to transmit data for years. Now, the technology is a reality and is being developed with the future in mind.

Haas, a professor of mobile communications at the University of Edinburgh in Scotland, has already created a working model of a “Li-Fi” system. However, question remains: will LiFi replace WiFi in the near future?

Firstly! What is LiFi?

LiFi is the use of the visible light portion of the electromagnetic spectrum to transmit information at very high speeds. In other words it’s the use of light(Light Fidelity) to transfer data, reaching any device illuminated by the light. The principle of Li-Fi is very simple using binary code. Turn on LED for 0, Turn off LED for 1. The data will then transform to binary code, transfer in form of light and then turn to data again in your computer, smartphone or any other device.

This is in contrast to wireless communication such as Wi-Fi which uses traditional radio frequency (RF) signals to transmit data. Tests have been conducted already and have shown that LiFi can potentially reach up to 1000 times the speed of Wifi.

Do we need LiFi?

WiFi is very useful as a network technology, used to connect billions of devices around the world. However it still has limitations, which is one of the reasons wired networks have remained in places like office buildings etc.

Currently, Wi-Fi carries over half of the world’s internet transmissions. Growing each year as more people get online and as the “Internet of Things” (IoT) produces countless of devices which all need access to WiFi. However,  this puts a strain on networks. Experts in the field, including Haas, foresee this problem as only going one way, that is creating a so-called “spectrum crunch,” where WiFi networks slow under heavy demand.

“Radio spectrum is not sufficient, it’s heavily used, it’s very crowded…we see that when we go to airports and hotels, where many people want to access the mobile internet and it’s terribly slow.

What does LiFi have to offer over WiFi?

Todays isues with security and and speed will be massively improved. The issues with large data transfers from the cloud in particular will be a thing of the past. Security, while it won’t eradicate the need for it, will be greatly improved. It would make it difficult for your network to be infiltrated by intruders. Only people inside the light can access your LiFi. Users would never have to worry about somebody stealing your LiFi because it doesn’t transmit through physical objects. You can have a safe network inside your room, without fear of being hacked.

Will Wifi be replaced by Lifi?

One of its greatest strengths in improving security is its fundamental limitation; which will need to be addressed before it can be used on a grand scale like WiFi. LiFi is dependent on a line-of-sight; it can only be used if the illumination from the light can reach the desired device. Therefore LiFi will be inapplicable for use in cities, or over large networks where buildings or other objects could obstruct its view.

LiFi is still in its early stages and it will be a considerable amount of time before it could take on the duties of the well established and flourishing WiFi. Experts have pointed to its potential use in aircrafts and hospitals as where it can thrive at first.