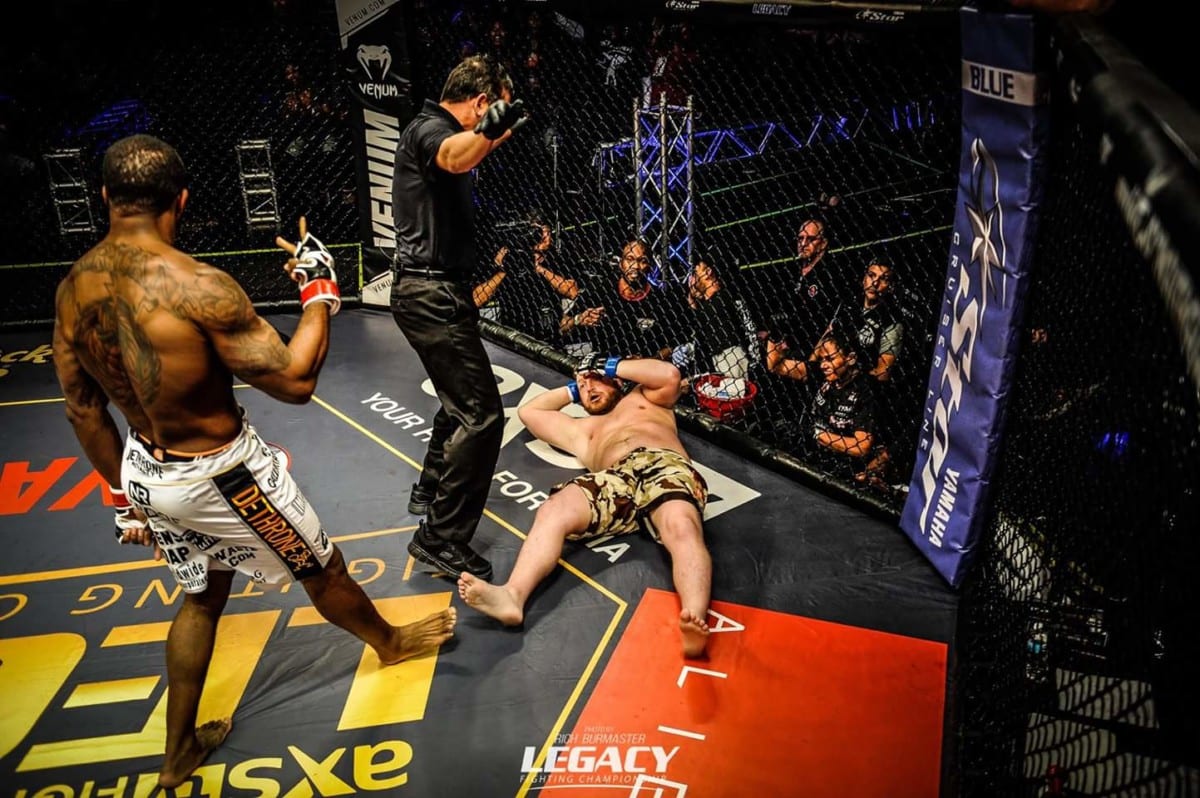 On Friday night at Legacy FC 63, at Hard Rock Hotel & Casino Tulsa in Tulsa, Oklahoma, Gerald Harris put Aaron Cobb into unconsciousness with a vicious slam that required no follow up punches.

The bout was originally scheduled to be a welterweight bout before Cobb informed Legacy FC he weight around 220-pounds. Despite being told to make the light heavyweight limit of 220, Cobb remained the same weight later on. In order to fight, Harris drunk enough water to get to 208, and the bout went ahead as a heavyweight fight.

Despite Cobb’s unprofessionalism and weight advantage, he still found himself flying through the air.

Ladies & Gentleman, @GHurricane is back! What a way to send @legacyfighting into the history books! #Legacy63 pic.twitter.com/Kttba4vUew

Watch the crazy slam KO in the video above. Please note that due to regional restrictions, the video may not work in your area