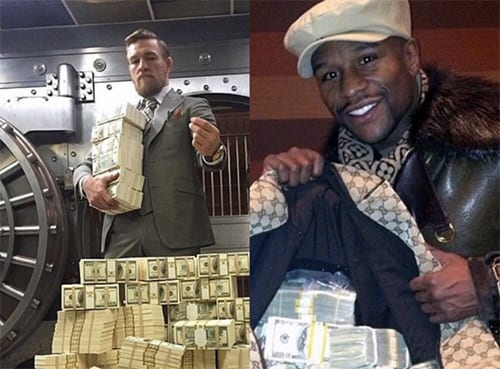 The UFC president appeared on The Herd this morning to address the rumours of Mayweather vs. McGregor, and publicly offered both men $25 million.

Speaking to TMZ from inside his car, when given the figure, Mayweather dismissed it immediately.

“He’s a fucking comedian,” Mayweather said. “Look at that watch I bought. Do you know how much that costs? Look it up.