Video: Fighter gets choked unconscious… and is still declared winner

It’s not easy being a referee. It’s even harder being a fighter whose affected by… 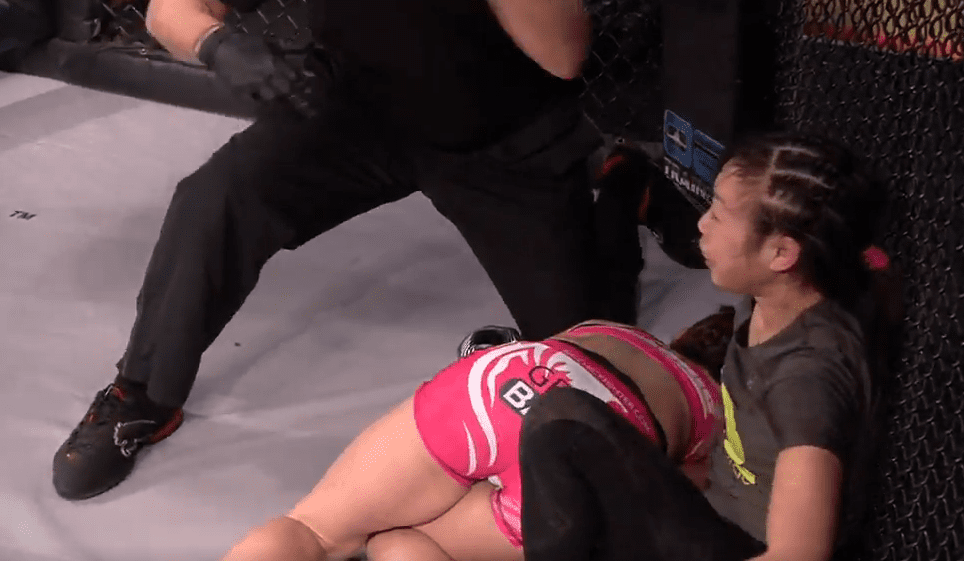 It’s not easy being a referee. It’s even harder being a fighter whose affected by a poor decision outside of their control.

At Invicta FC 21, Celine Haga will no doubt be walking away upset and confused after a stunning end to her three round fight with opponent Amy Montenegro. In the dying moments of the fight, Haga locked on a rear naked choke that appeared to put Haga to sleep — only for the referee to not notice until after the final bell.

Then, once the round and fight were over, to make the situation even worse (and more bizarre), the judges scored the fight unanimously in Montenegro’s favour (29-28, 29-28, 29-28).

WOW!! What an end to Amy Montenegro vs Celine Haga on #InvictaFC21 #UFCFIGHTPASS pic.twitter.com/w0SyP2Ipoz

Check out the end of the fight in the video above.