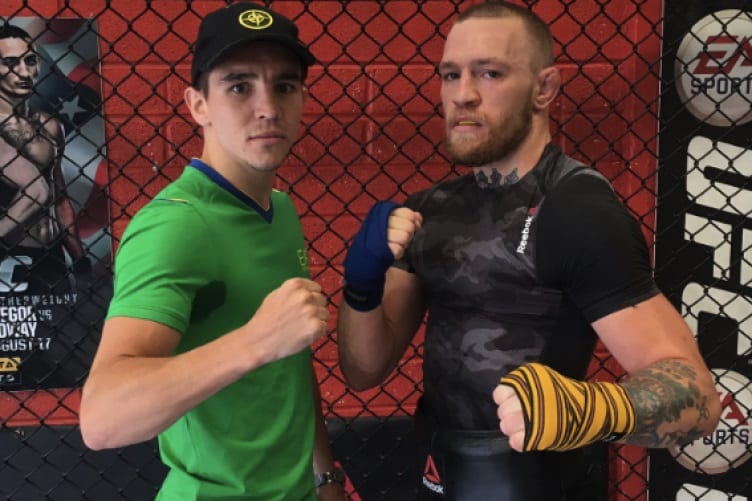 Conor McGregor isn’t the only Irishman with a date in Madison Square Garden in his diary.

Michael Conlan, a world champion and amateur level and two-time Olympian, will make his professional boxing debut in the world’s most famous indoor arena. Not only that, he will be the main event.

Conlan, whose quest to win Olympic gold for Ireland ended after some hugely controversial judging in Rio, recently signed with boxing reporter Bob Arum and the bout is expected to take place next St. Patrick’s Weekend. An opponent has yet to be named.

“It’s going to be an unbelievable event”, Arum was quoted by Ring TV as saying. “Thousands of people are going to be flying from Ireland to New York to watch it”, he added.

Somewhat unsurprisingly this isn’t the first link between Conlan and McGregor. Just prior to the Rio Olympics, McGregor reached out to Conlan to help him find sparring partners ahead of the Nate Diaz rematch and Conlan recommended that six-time Irish champion Conor Wallace, a long, rangy southpaw, would best approximate Diaz’s fighting style

After a visit to SBG, Conlan told The42 how highly he thought of the UFC Featherweight champion’s boxing skills.

“He has serious boxing skills,” Conlan said. “He sparred Conor Wallace, one of the top boys on our team, and I was very impressed by just how good his boxing skills are. I was pleasantly surprised. I knew he had good hands but he was even much better than I thought.”