Listening to James Gallagher talk throughout fight week, you got the impression that nothing… 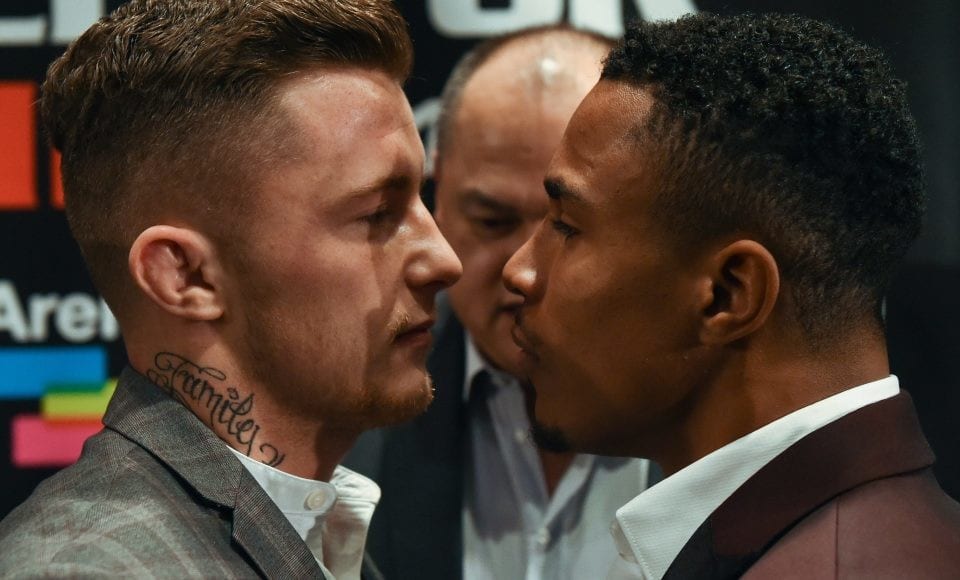 Listening to James Gallagher talk throughout fight week, you got the impression that nothing was going to stop him getting a victory on his home soil. And that’s exactly how it transpired.

Gallagher submitted Taylor with a third round rear naked choke, after stumbling his opponent with a leg kick and seizing the moment to jump on his opponent’s back. Less than a minute later, it was all over.

‘The Strabanimal’ is considered one of Europe’s top mixed martial arts prospects and his win inside the 3Arena, the same venue which hosted the Irish ‘Takeover’ led by Conor McGregor two years ago, will go down as another seminal moment for MMA in Ireland.

There was bad blood between the two fighters throughout fight week, with Taylor throwing a number of personal insults towards Gallagher and, as soon as the fight was over, Gallagher handed Taylor the Irish flag.

An emotional James Gallagher: "This is my country. Don't fucking forget that"

“If you insult my country I’m going to hand you my flag and have you raise it in my country”, ‘The Strabanimal’ said in his post-fight interview.

The crowd reaction was huge for Gallagher throughout, with practically every person in Dublin’s 3Arena on their feet for his walkout — and then once again when he got the tap.

Gallagher, just weeks removed from his 20th birthday, moves to 5-0 in his mixed martial arts career and 2-0 under the banner of Bellator.