Michael Conlan notified his fans on Twitter, that the seven members of the… 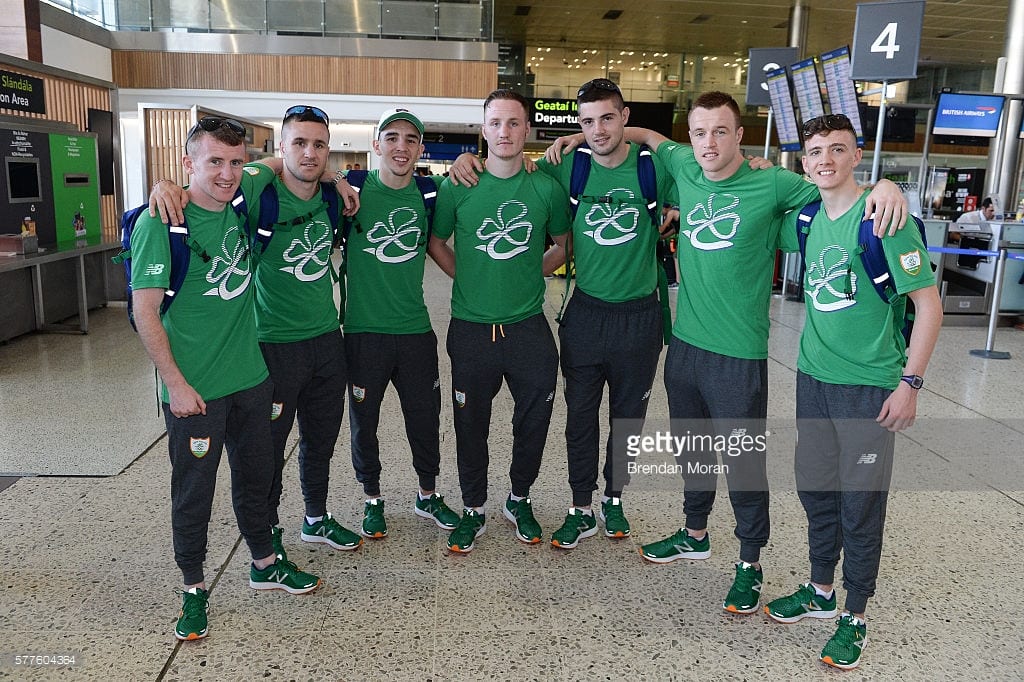 Michael Conlan notified his fans on Twitter, that the seven members of the Irish Olympic boxing team that left for Rio yesterday, arrived today “safe and sound.”

Well almost! The full story surrounding his car is yet to be disclosed, seen in the tweet below.

The Irish male Olympic squad left for Rio on July 19th and arrived the following day after a long flight from home. They go straight into a ten-day training camp, before entering the Olympic Village on July 29th.

The maximum number of boxers any nation can qualify for the Olympics is 13, 10 men and 3 women.

Ireland managed to take 8 of those available places, setting a new Irish record since the qualification system was introduced for Barcelona 1992.

“All preparations have gone very well and the team are more than ready” said Hennigan. “I think this is a great team of eight boxers. It’s a team packed with international experience and every one of them is capable of bringing home a medal.”