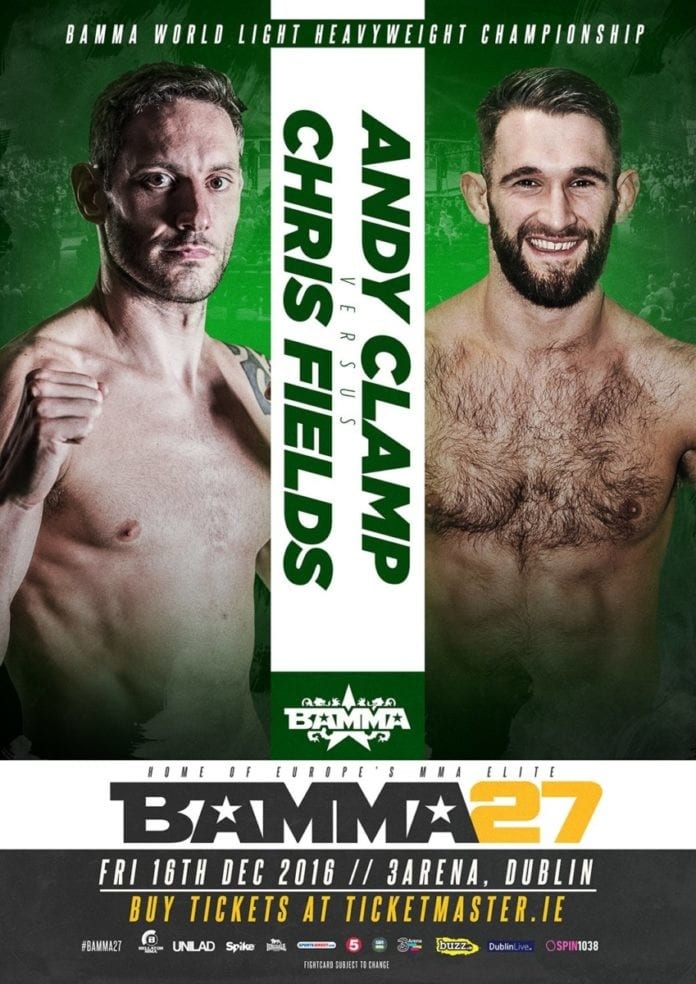 The BAMMA light heavyweight title fight between SBG’s Chris Fields and Andy Clamp has been removed from Friday’s co-promoted event between BAMMA and Bellator in Dublin’s 3Arena.

The announcement was made shortly after 4pm local time during the official weigh-ins. No explanation has been given by the promotion for the cancellation, other than it was necessitated by “medical reasons”.

Fields was aiming to become the first Irishman to hold titles in both Cage Warriors and BAMMA.

Fields has commented on the cancellation on Facebook, writing: “So everyone knows the fight is off now. I’m devastated because I’m ready to take that belt but my opponent has had to withdraw for medical reasons which I fully respect. I appreciate all the support and hopefully I can put on the performance you all deserve soon.”

Meanwhile, all of the remaining bouts on both the Bellator and BAMMA cards are scheduled to go ahead as planned with all fighters making their contracted weight. BAMMA 27 will be headlined by a bantamweight title bout between Frenchman ‘Fire Kid’ Tom Duquesnoy and Northern Ireland’s Alan Philpott.

Bellator will be headlined by a heavyweight bout between ‘King’ Muhammad Lawal and Satoshi Ishii, while SBG’s James Gallagher takes on ‘Pretty Boy’ Anthony Taylor in the co-main event.