The upcoming Bellator and Bamma collaboration has it’s co-main event for the evening…. 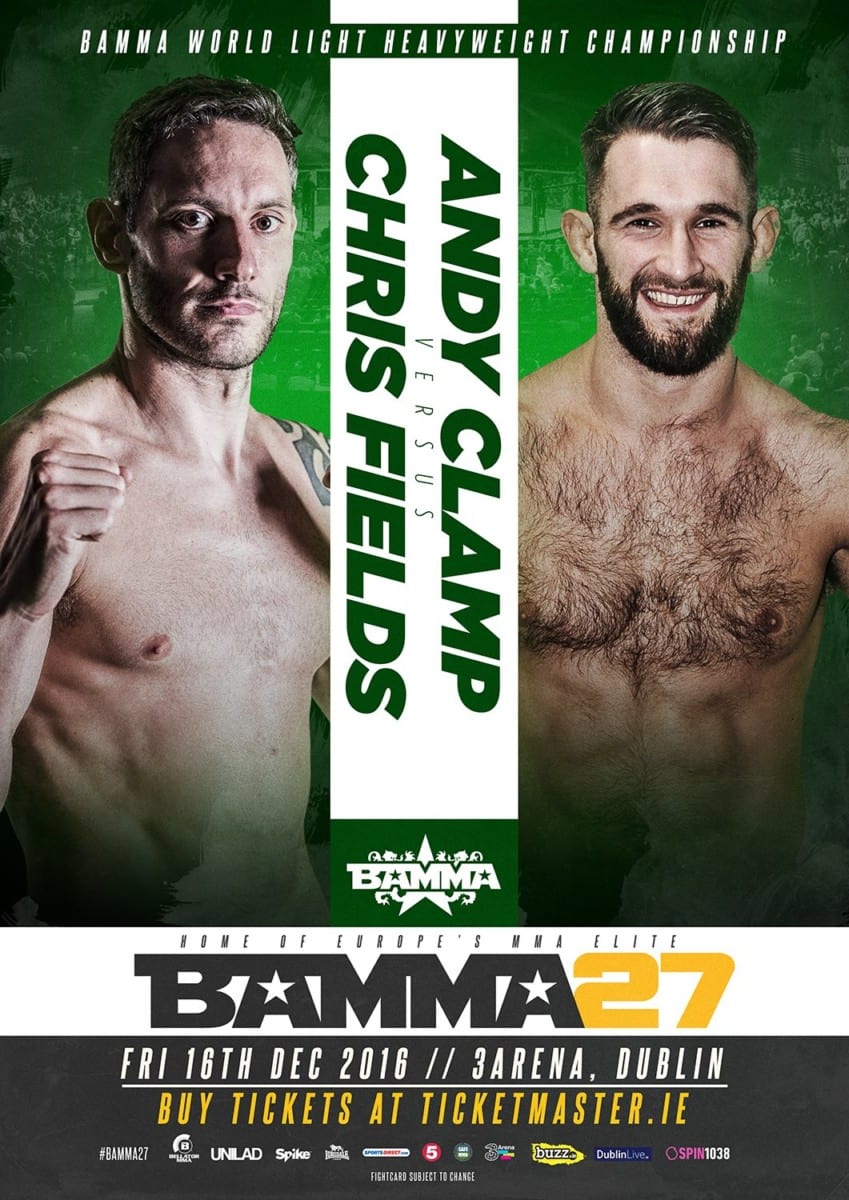 The upcoming Bellator and Bamma collaboration has it’s co-main event for the evening.

Chris Fields, who fights out of SBG Dublin, will face off against Andy Clamp. The BAMMA light heavyweight title will be on the line.

The news was announced in a BAMMA press release:

“At BAMMA 27 in Dublin, the Light Heavyweight title is on the line as Chris Fields faces Andy Clamp at the 3Arena in the co-main event. Fields and Clamp were originally set to face each other at BAMMA 24, however injuries meant that the fight never took place.  Now the stakes have been significantly raised as the fight is re-matched for Dublin with the belt on the line.

Chris Fields (11-7-1) has long made it be known that his single focus in the promotion is to claim the BAMMA title. Denied the opportunity to fulfil his aims after an injury to Paul Craig weeks before his BAMMA 26 title bout, Fields will bring all his frustration and determination into this bout with Clamp. The SBG Swords head coach is in the best condition of his career now he has found a home at Light Heavyweight, and this was proven in his dominant performance against Dan Konecke earlier this year.

Andy Clamp (9-1) has only one defeat on his near perfect record, and is coming off his latest win against Bakery El Anawar which takes his win streak to three  Fighting out of Blackledge MMA, Clamp has now signed an exclusive contract with BAMMA as he prepares to take on the biggest challenge of his career in the form of Fields for the BAMMA Light Heavyweight title.”

Not bad for a kid from Ballybrack https://t.co/OJco4Thr27

The Dublin event (which is being coined as ‘Bammator’) is set to be headlined by Bellator fighters ‘King’ Mo Lawal vs. Satoshi Ishii, and takes place on December 16 at the 3Arena.