Cage Warriors, the European promotion who have boasted the likes of Conor McGregor,… 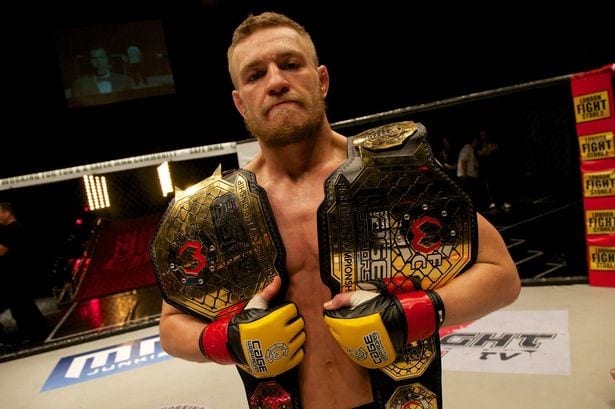 Cage Warriors, the European promotion who have boasted the likes of Conor McGregor, Michael Bisping, Artem Lobov and many more among their ranks in the past, have announced details of their return to Dublin.

The organisation have today confirmed that they will hold an event inside Dublin’s 3 Arena on March 4th — the first Cage Warriors card to be held in Ireland’s capital city since August of 2014. The announcement of the event taking place in the 3 Arena, which is Ireland’s largest indoor venue, represents a massive upgrade on the promotions previous events in Ireland which have traditionally taken place in The Helix in North Dublin, a venue with a fraction of the capacity of the 3 Arena.

Tickets for the event will go on sale on Wednesday 1st February but if you can’t make it in person, the entire card will be streamed live on UFC Fight Pass.

Cage Warriors, whose president Graham Boylan hails from Co. Cork in Ireland’s south-west, are perhaps best known for providing the platform for Conor McGregor to become a two-weight world champion after he won the promotion’s featherweight title from Dave Hill and the CWFC lightweight title with a now infamous first round knockout of Ivan Buchinger.

McGregor, of course, went on to replicate this achievement in the UFC and now all eyes will be on the card on March 4th next to see who might follow in the Irishman’s footsteps as becoming the next mixed martial arts superstar to emerge from Europe.