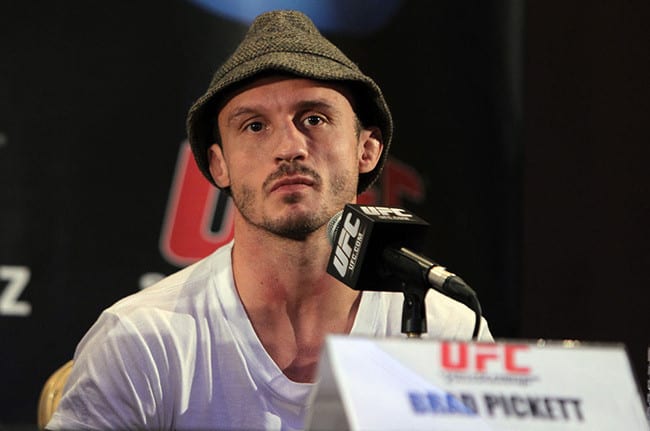 The UFC’s upcoming card in London on March 18th has received some significant reinforcement.

Six new bouts have been confirmed for the event by the promotion, the most high profile of which is the final fight in the long career of London’s own Brad Pickett. Having been on the receiving end of a loss to Urijah Faber in the California Kid’s final bout in Sacramento, Pickett will have the opportunity to bow out of the fight game in from of his hometown fans. Henry Briones, who has lost two straight, will be tasked with playing spoiler.

British talent is sprinkled throughout the rest of the card. Former BAMMA champion Marc Diakiese will look for his third UFC win when he faces Teemu Packalen. Tom Breese will also return to the cage, hoping to bounce back from the first loss of his career to Sean Strickland last year, and will do so against Oluwale Bamgbose in the 170-pound division.

Elsewhere Scott Askham will face Bradley Scott, Darren Stewart meets Francimar Barroso and, in what should be a stand-up war, Leon Edwards takes on Vicente Luque.

The London event doesn’t yet have a main event but we will bring you information on that as soon as we can.

The full list of fight announcements for UFC London on March 18th: