Mixed martial arts has returned to Dublin. The first ever co-promoted event between… 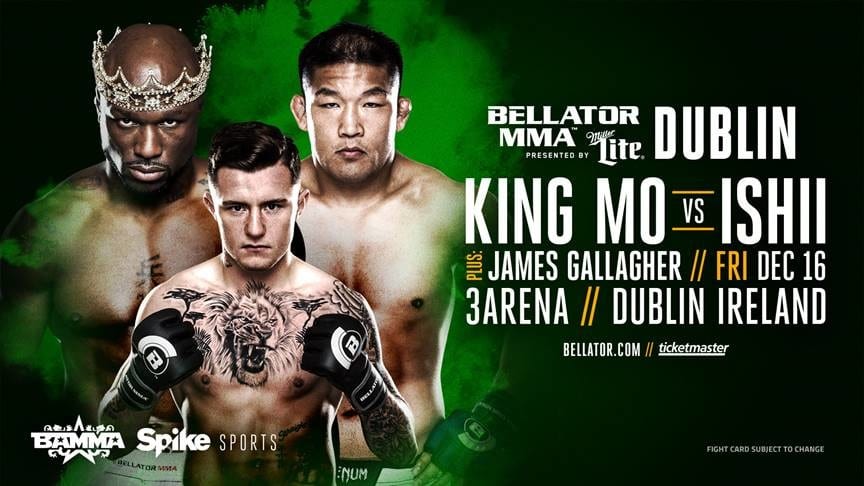 The first ever co-promoted event between Bellator and BAMMA takes place today (Friday) in Dublin’s 3Arena, the same venue which hosted the UFC’s historic event in Ireland’s capital city in July 2014 — and with a host of the best up and coming Irish talent peppered through both the BAMMA and Bellator cards, this could well be another watershed moment for mixed martial arts in Ireland.

TheMacLife.com is on hand to bring you the latest news from the event as it happens. Make sure to follow our @MacLifeOfficial on Twitter to get all the latest up-to-the-minute news from cageside.

You can watch the BAMMA portion of this evening’s card on the Unilad Facebook page.

Cameron Else def. Dylan Tuke by knockout, round one (0:20)

Richard Kiely def. Keith McCabe by TKO (knee and punches), round one.