As reported on these pages earlier this week, Donegal’s Joseph Duffy reached an… 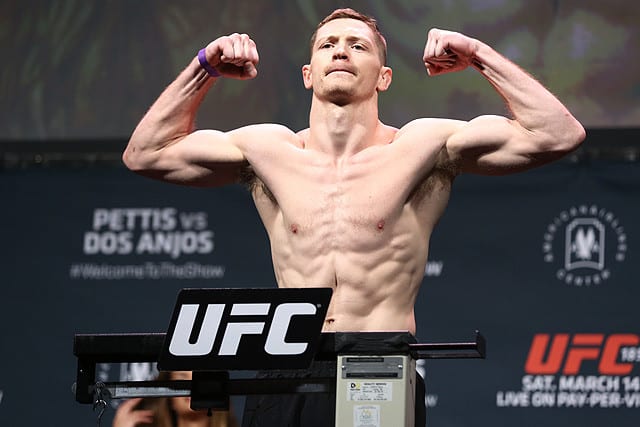 As reported on these pages earlier this week, Donegal’s Joseph Duffy reached an agreement with the UFC to fight out his contract with the organisation, after which he has decided to test the free agency market to see if any suitors outside of the Ultimate Fighting Championship are willing to meet his contract demands.

It was reported today by Swedish news outlet MMAnytt (and SevereMMA.com) that the final fight on Duffy’s UFC contract will see him square up with Sweden’s Reza Madadi at the UFC’s return to London in March of next year.

38-year-old Madadi, who has courted retirement in recent times, last fought for the UFC in Rotterdam last May against Yan Cabral — a fight the Swede won by TKO in the third round.

Duffy will hope that an impressive performance against Madadi will persuade the UFC to match his contract demands, or even persuade another organisation such as Bellator to offer a deal once the UFC’s exclusive negotiation period expires.