Virtual Reality, Coming To A Reality Near You!
Press enter to begin your search
Technology

Virtual Reality, Coming To A Reality Near You!

Sony have recently announced that the Playstation VR headset, their foray into the… 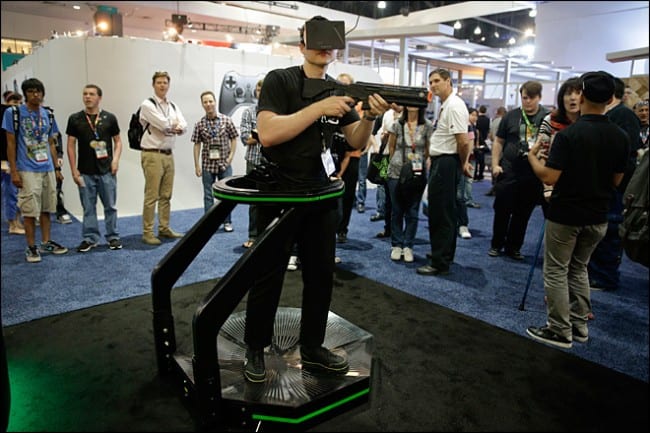 Sony have recently announced that the Playstation VR headset, their foray into the world of strapping screens to people’s faces, will be released across Europe this October. Considering that the much anticipated Oculus Rift and Valve’s HTC Vive were released in March and April respectively, 2016 is shaping up to be the year of Virtual Reality, or- if you follow the Chinese Calender- it is, as a quick google search has led me to believe, also the year of the Monkey, but that is entirely less relevant.

Mainstream gaming took its first tentative steps toward greater user interactivity with the launch of the Nintendo Wii almost a decade ago. There was initially much scepticism as to whether people would want to stand in their living room frantically waving a small cuboid of white plastic around in an effort to convince themselves they were actually sword-fighting or bowling. As it turns out, people did.

Even before Virtual Reality headsets have fully hit the shelves there are already products being developed to make gaming even more immersive. The Virtuix Omni is an omni-directional treadmill that looks like some sort of terrifying futuristic cage used to battery-farm nerds. In conjunction with a virtual reality headset such as the Playstation VR or the Oculus rift, it offers gamers the chance to physically control the movement of their character in whatever game their playing, whilst also ensuring they will have some very awkward explaining to do whenever they bring a date home for the first time.

Playstation VR will be released in October 2016.