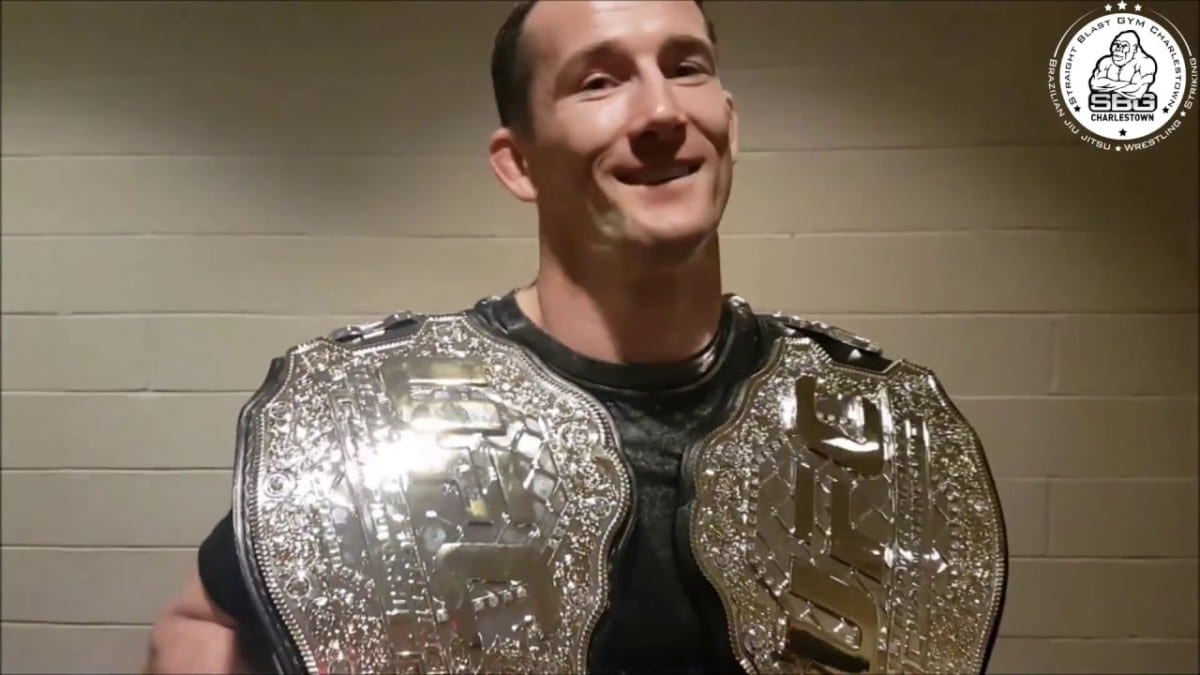 There’s something of a tradition on the mats at SBG gyms that in order to advance in your BJJ belt status, you have to roll with EVERYONE in the gym and, in this particular case, finish it off by rolling with (and subsequently being submitted by) the big man himself, John Kavanagh.

Kavanagh even brought along Conor McGregor’s UFC lightweight title as inspiration to the students, telling them that McGregor went through the exact same thing in his grading process.

As Kavanagh tells the students: “I was speaking to Conor a few days ago and he insisted that I bring his belt over. It’s the UFC lightweight championship of the world and a huge part of Conor getting that was your coach here (Owen Roddy).”

You can read more at the official SBG Charlestown Facebook page.