USA, Canada and Mexico to jointly host the 2026 World Cup 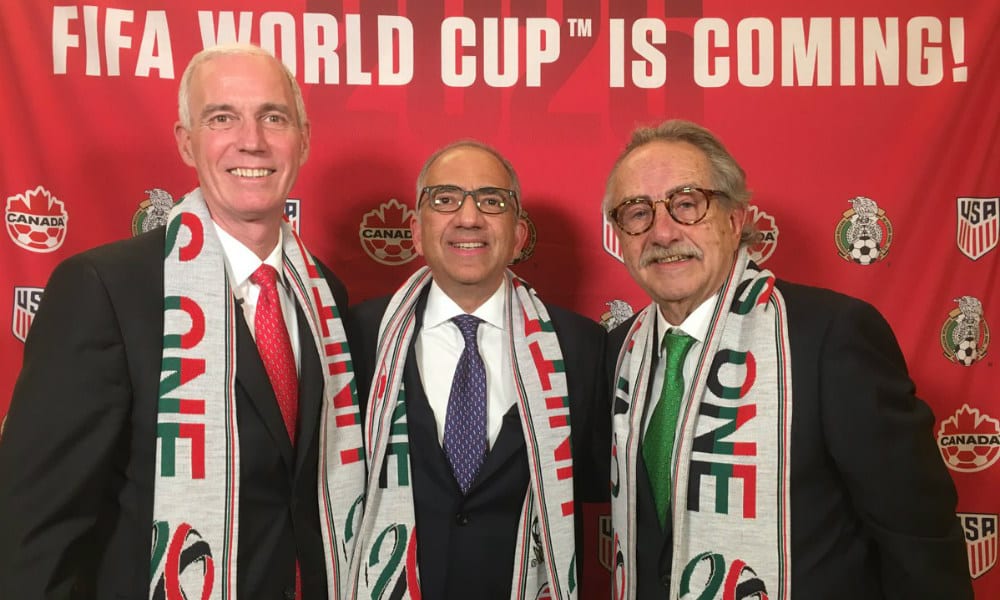 The World Cup will be heading Stateside for the second time in eight years’ time.

The United States teamed with Canada and Mexico to form a ‘United Bid’ for the 2026 World Cup Finals, which will be the biggest World Cup tournament ever staged.

The bid was officially confirmed as the winner on Wednesday, beating off a rival bid from Morocco to earn the right to host the tournament. The ‘United Bid’ polled 134 of the 200 votes cast, a total of 67% of the vote. Morocco polled 65 votes.

A monumental day for our sport. The #United2026 dream is now a reality.

It means the World Cup will return to American shores for the first time since they hosted the tournament back in 1994.

The tournament in the US was a qualified success, with huge attendances across the nation and an exciting tournament that starred the likes of Romario, Hristo Stoitchkov and Roberto Baggio.

Following the success of USA ’94, a new professional soccer league, Major League Soccer, was formed, and the ‘MLS’ has grown into an established member of the American sports family, with an exciting, vibrant product played out in front of passionate fanbases from coast to coast.

Newly-elected US Soccer president Carlos Cordeiro hailed the winning bid, tweeting: “Thrilled that the 2026 World Cup is coming to the USA, Mexico and Canada!

“We’re ready to welcome players and fans to the greatest sporting event the world has ever seen!”

Thrilled that the 2026 World Cup is coming to the USA, Mexico and Canada!  We’re ready to welcome players and fans to the greatest sporting event the world has ever seen! #United2026 #FootballForAll pic.twitter.com/E9UHPRL8cT

The 2026 tournament will be the largest ever staged by FIFA, with a 48-team lineup playing a total of 80 matches in a 34-day period across 16 host cities.

The majority of the tournament will be held in the United States, with the cities of Atlanta, Baltimore, Boston, Dallas, Denver, Houston, Kansas City, Los Angeles, Miami, Nashville, New York/New Jersey, Orlando, Philadelphia, San Francisco, Seattle and Washington D.C. shortlisted to host games. Ten of the US cities listed will be selected as host cities ahead of the tournament. 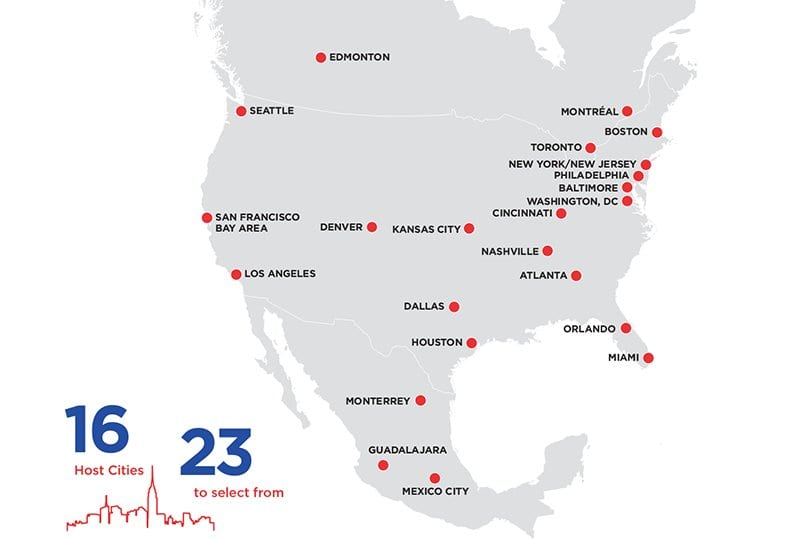 For the first time ever, World Cup football will also be staged in Canada, with the cities of Edmonton, Montreal and Toronto hosting games.

And the bid will also see the World Cup return to Mexico for the first time since 1986, when the nation recovered admirably from a huge earthquake in Mexico City to host the tournament only eight months later.

The Mexico ’86 tournament remains one of the most beloved in football history, as a Diego Maradona-inspired Argentina charged to the final and defeated West Germany 3-2 to become world champions in a tournament packed with great games and stunning goals.

Forty years on from that historic tournament, the World Cup will return to Mexico, with the cities of Monterrey, Guadalajara and Mexico City hosting matches in 2026.