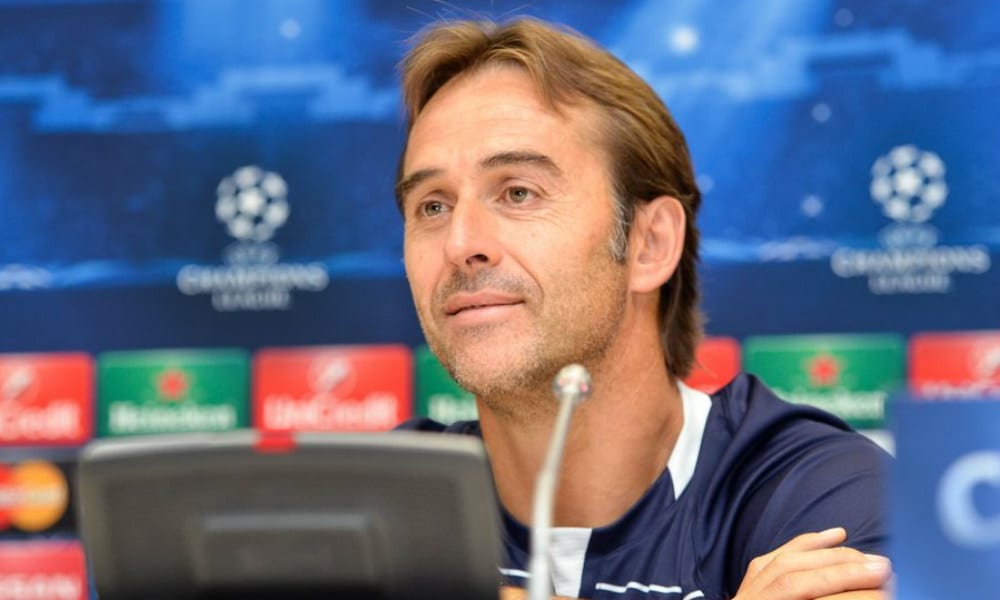 The Spanish FA confirmed at 11am UK time that it had dispensed with the services of Julen Lopetegui, following yesterday’s news that he had agreed to join Real Madrid as their new boss at the start of next season, replacing the departing Zinedine Zidane.

Spanish FA president Luis Rubiales delivered the news to the assembled media at a hastily-arranged press conference at Spain’s team base in Krasnodar, explaining that the Federation knew of Lopetegui’s Real Madrid deal only a matter of minutes before it was announced.

“We have been forced to dispense with the national coach. We wish him the greatest of luck,” he said.

“The Spain team is the team of all Spaniards. You can’t do things this way, two or three days before the World Cup. We have been obliged to make this decision.

“I admire Julen a lot, I respect him a lot, I think he’s a top trainer and that makes it more difficult to make the decision.

“I don’t feel betrayed. Lopetegui, while he’s been with us, has done impeccable work.

“I know it’s a very difficult situation. I know there’s going to be criticism whatever I do.

“I’m sure this will, in time, make us stronger.”

WATCH: Spain have sacked head coach Julen Lopetegui after he was named as Real Madrid's next manager yesterday. 🇪🇸🏆 pic.twitter.com/OdEBlk5WkX

The news has caused shockwaves around the football world, with the tournament set to kick off on Thursday afternoon, and Spain set to take on Portugal in their pivotal Group B opener on Friday. The winner of that match may well end up progressing as group winners.

The news has seen Spain’s odds to win the tournament immediately drift to as big as 7/1 with some bookmakers, though they remain third-favourites to lift the trophy behind Brazil and Germany.

It was later confirmed that director of football and former Spanish national team skipper Fernando Hierro would take charge of the team for the duration of the tournament.

Lopetegui departs the Spanish hot seat having been in charge for 20 games, winning 14 and drawing six.

He never lost a game as Spain boss. But now, on the eve of the World Cup, he’s lost his job.