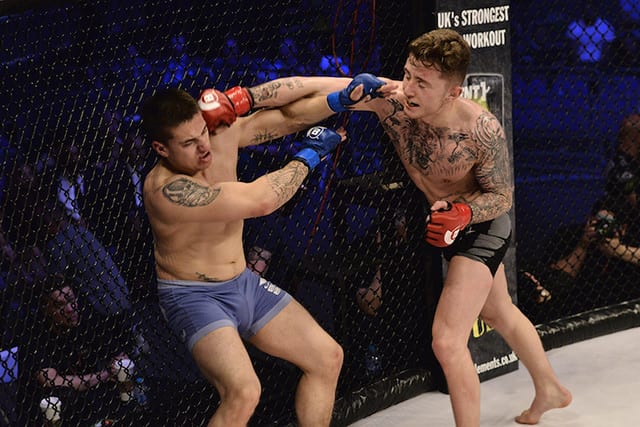 James Gallagher finally has an opponent for Bellator’s first ever Dublin event in the 3 Arena on December 16th.

After rumours swirled on social media, it has been confirmed that Gallagher will face 1-1 Bellator prospect Anthony ‘Pretty Boy’ Taylor in the co-main event of the show.

Question: Who does @strabanimalmma want to fight 12/16 in his home country of Ireland? #Bellator169 pic.twitter.com/eyyaWF5VeJ

Gallagher had been slated to fight Kiril Medvedovski on Bellator 164 in Israel next month but as soon as it was announced that Dublin would be hosting a Bellator event, it was a no-brainer that ‘The Strabanimal’ was moved to the card.

The war of words between Gallagher and Taylor has already begun on Instagram. Gallagher made light of Taylor’s nickname, asking “how can you call yourself pretty when you’re up against me?” and later telling his opponent that he “won’t last a round”.

Taylor, meanwhile, has responded in kind saying that Gallagher has “never fought a grown man with power like me”.

Gallagher, 4-0 as a professional, made his Bellator debut last summer defeating Mike Cutting by decision.

Elsewhere on the Bellator Dublin card, which is being co-promoted by BAMMA, King Mo Lawal and Satoshi Ishii meet in the main event and Team Ryano’s Paul Redmond takes on German Daniel Weichel.

Read More: James Gallagher on Bellator rivals – ‘They better watch what they ask for because they might just get it’