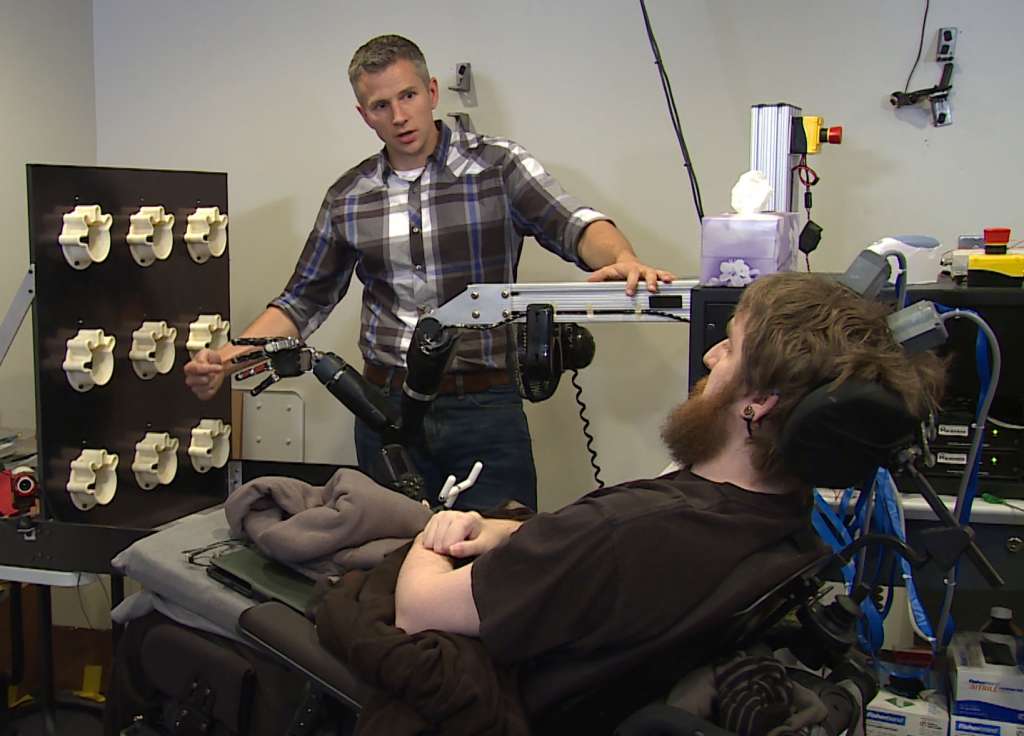 After having his neck snapped in a car accident that left him paralyzed from the neck down, Nathan Copeland has, over a decade later, been able to feel something with his hands.

Thanks to researchers at the University of Pittsburg and UPMC, Copeland was given a robotic arm that he could control with his mind, thanks to four microelectrodes implanted into his brain through surgery. Those microelectrodes then stimulate the areas related to touch.

“I can feel just about every finger—it’s a really weird sensation,” Copeland said in a news release via UPMC. “Sometimes it feels electrical and sometimes its pressure, but for the most part, I can tell most of the fingers with definite precision. It feels like my fingers are getting touched or pushed.”

“The ultimate goal is to create a system which moves and feels just like a natural arm would,” says Dr. Gaunt, one of the authors of the research. “We have a long way to go to get there, but this is a great start.”