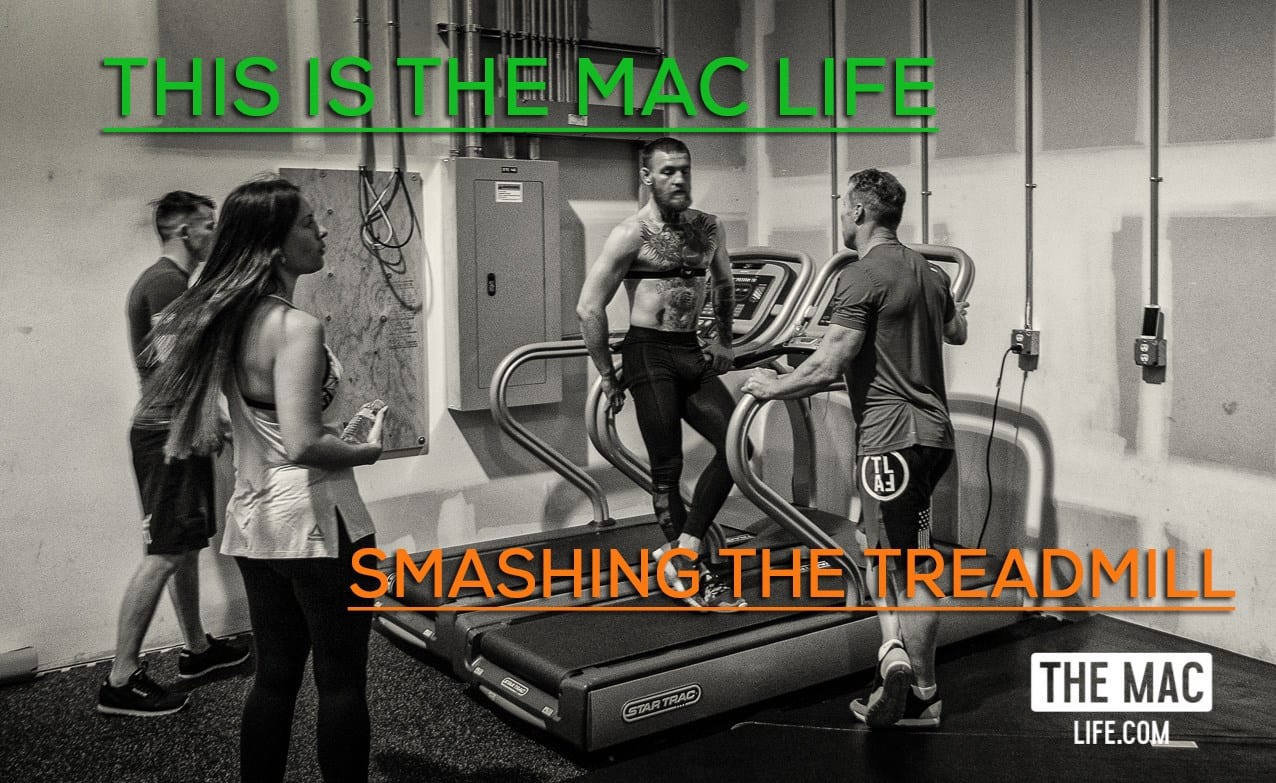 Arguably the biggest fight in UFC history takes place this coming Saturday night, at the T-Mobile Arena in Las Vegas with a main card on pay-per-view.

A welterweight rematch of one of the most memorable fights in UFC history is the headlining event, as reigning UFC featherweight champion Conor McGregor will once again move up two weight divisions looking to avenge his only loss inside the octagon, a second-round submission to Nate Diaz at UFC 196 last March.

In the lead up to UFC 202, McGregor has spoke in length about the changes he has made in his preparation this time around, particularly the addition of specific training sessions to improve his cardiovascular performance; an integral training component which he had to some extent neglected in previous camps.

In the footage above the results these changes are having become apparent. We watch as Dr Julian Dalby overlooks McGregor’s final cardio session; and judging by the video, The ‘Notorious’ looks to be in the best shape of his career heading into UFC 202.