McGregor speaks on Mendes’ suspension; outlines what PED’s can’t do 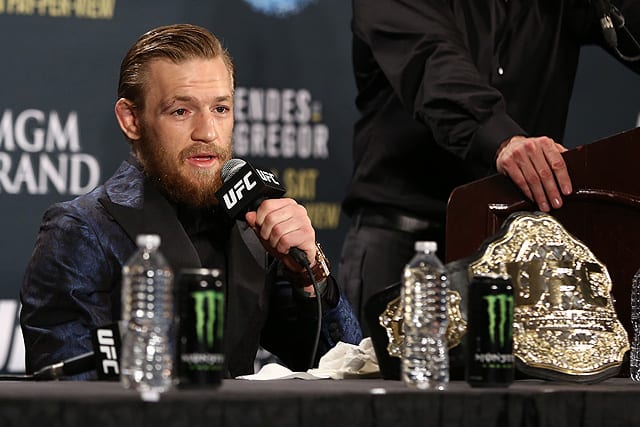 After the news broke that Chad Mendes had been suspended from all competition for two years, it began another cycle of debate about how rampant performance-enhancing drugs are in the world of MMA.

It seems every MMA enthusiast with a keyboard or a mic has had their say on the matter.

Well we caught up with Conor McGregor to get his thoughts on Mendes’ failed drug test and subsequent suspension.

He gave us a short and very McGregor-esque response:

“I wonder was he on that stuff when we fought. One thing I know for sure tho, you can’t put steroids on your chin”

Do you agree? Have your say in the comments section below.