khabib Nurmagomedov: “I Have To Take My Belt”
Press enter to begin your search
MMA

khabib Nurmagomedov: “I Have To Take My Belt”

In a recent appearance on the MMA Hour with Ariel Helwani, Lightweight contender… 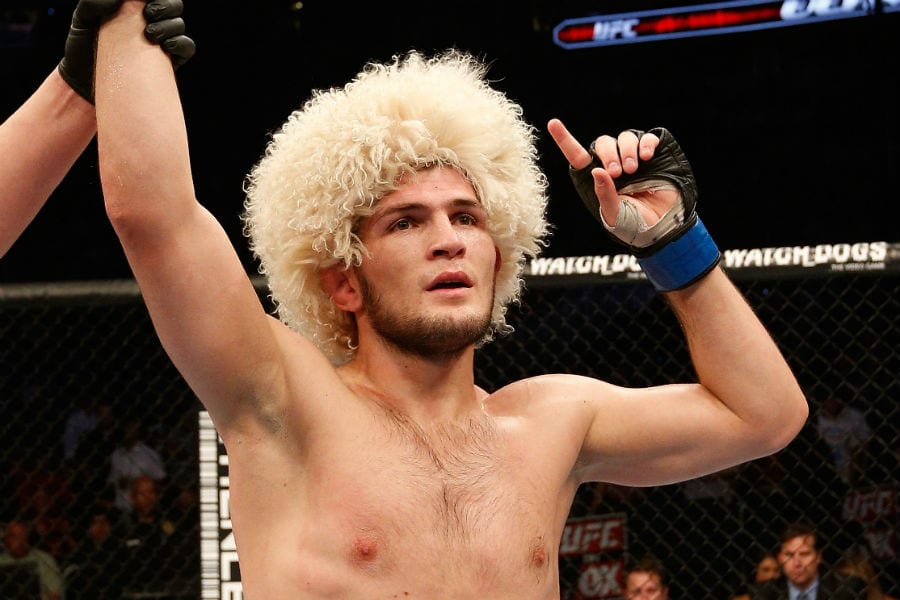 In a recent appearance on the MMA Hour with Ariel Helwani, Lightweight contender Khabib Nurmagomedov expressed his opinions on the recently crowned 155lb champ, Eddie Alvarez, as well as his thoughts on the fight that got him the belt.

Concerning Alvarez Khabib said, “Eddie is not interesting. You know I watched this fight, sat down very close to the cage and to be honest with you I was a little bit surprised. I think he (Alvarez) was a little bit lucky with this fight because I think Rafael Dos Anjos is a better fighter than him”.

The Dagestan-born Sambo fighter holds a win over the former champ in RDA, a decisive unanimous decision victory back in April of 2014.

He went on to criticize Tony Ferguson’s absence from their scheduled bout in April as well as El Cucuy’s performance in his recent bout against newcomer Lando Vannata.

Concerning his own place in the lightweight division Khabib declared, “I am the #1-ranked, I am undefeated, 23-0 and that’s why 100% the UFC have to give a title shot”.

Do you think “The Eagle” deserves his shot at the 155lb strap? Or should a title-eliminator bout with Tony Ferguson or RDA be scheduled to narrow down a single contender?