Latest reports have confirmed that UFC 202, headlined by Conor McGregor is the… 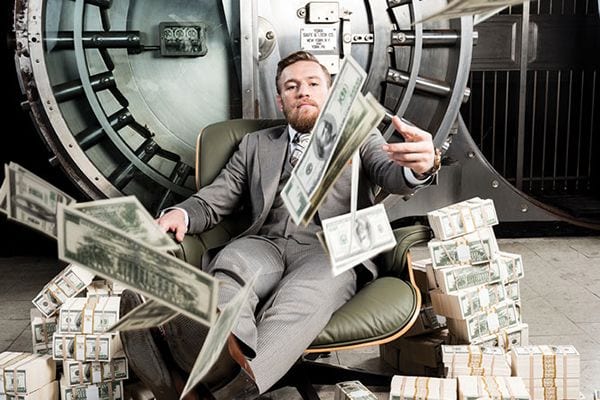 Latest reports have confirmed that UFC 202, headlined by Conor McGregor is the most successful event in mixed martial arts history.

Dave Meltzer of MMAFighting.com reported this morning that the pay-per-view buy rate was around the 1.65 million mark, putting 202 ahead of McGregor-Diaz’s first bout back at UFC 196, which itself pulled in a stunning 1.6 million buys. The news means that both of McGregor’s last two fights exceeded the previous record in consecutive fights.
The record number also has ramifications for the sport of Mixed Martial Arts as a whole. When asked on Twitter how many boxing events have exceeded the UFC 202 buy rate, Meltzer estimated it to be “in the region of 10.”
In actuality it looks to be closer to five, with UFC 202 coming just under Mike Tyson’s first bout with Lennox Lewis.

What makes these figures all the more staggering is when you take into consideration McGregor’s age. McGregor at 28 years old, holds two places in the top 10 PPV buys of all time in all of combat sports.

Yet it’s important to note, however, that the reported 1.65 million figure is still far from the whole picture. They are not the global figures, as they only account for pay-per-view buys from North America, and doesn’t include any orders via UFC streaming services, which has also been reported to have broken all records.

The PPV buys only tell half the story and when you factor in gates receipts, it gives a clear indication of the magnitude of McGregor’s drawing capabilities.

McGregor’s last four fights have taken place in Las Vegas, and he now owns 4 out of the top 5 spots for the highest MMA gate totals in the state’s history.