King Mo Lawal and Quinton ‘Rampage’ Jackson are set for a rematch, it… 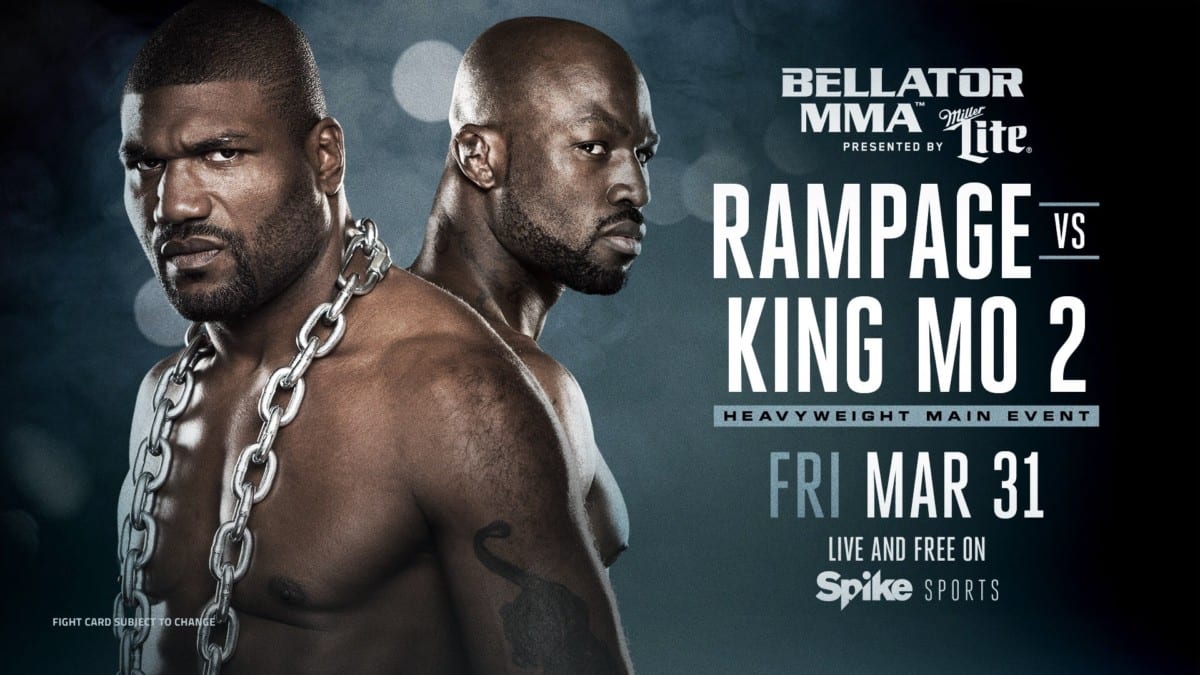 King Mo Lawal and Quinton ‘Rampage’ Jackson are set for a rematch, it was announced during Bellator 170 this evening.

The two are scheduled for a three round bout as the main event of Bellator 175, which takes place March, 31. Unlike their first contest, this time around the fight shall be in the heavyweight division.

The last time the two met was in 2014, a fight that ended with a controversial decision in the favour of Jackson. The two immediately both asked for a rematch in the cage that very evening.

Since that night, Lawal has fought ten times, while Jackson has only fought twice.

As of yet, the location of their rematch is unknown, but is set to be announced sometime next week.