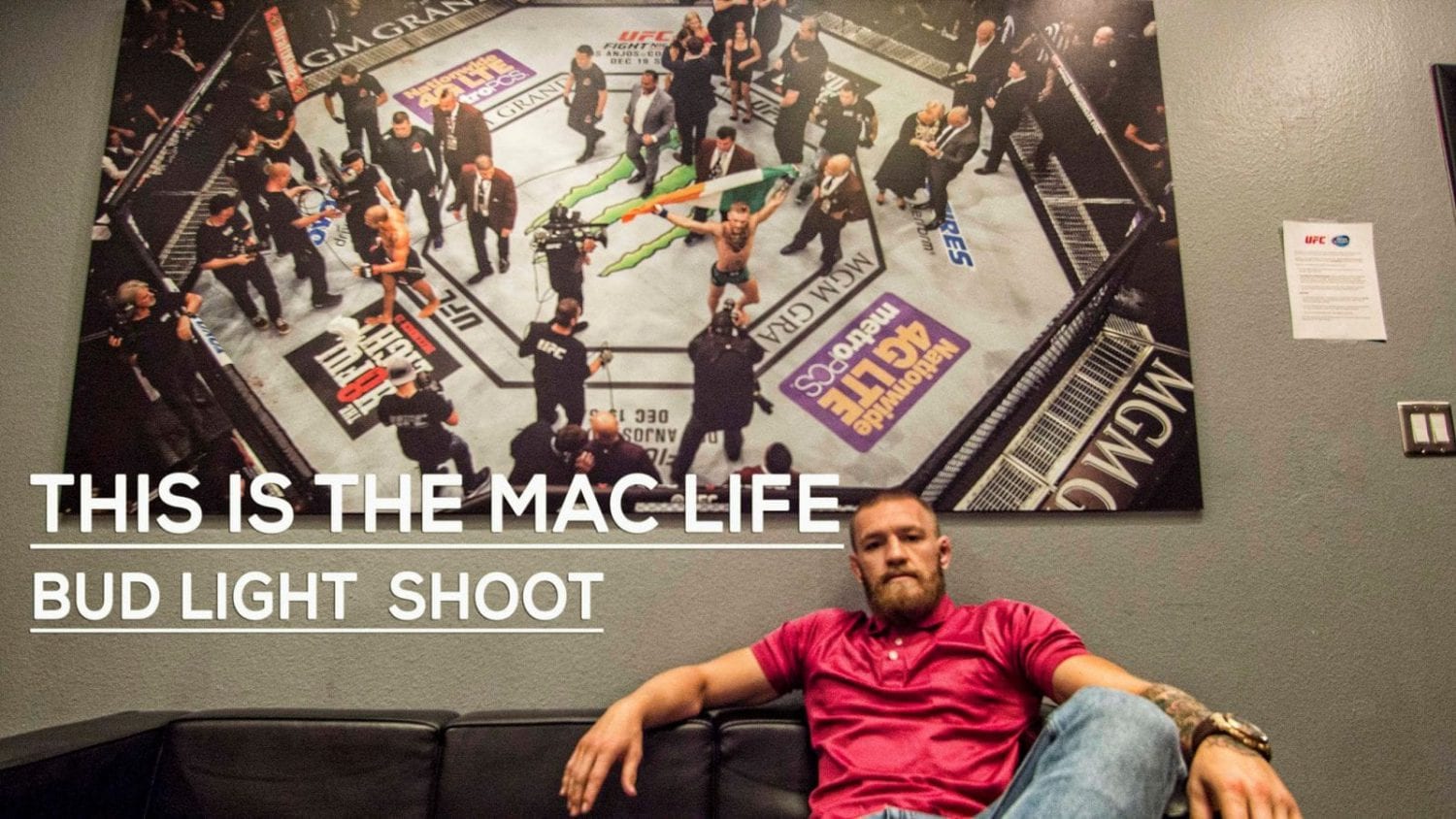 In the video above we watch Conor McGregor come face to face with Ronda Rousey, alongside a host of other UFC fighters in a Bud Light challenge.

McGregor and Rousey were pitched against each other on opposing teams, featuring the likes of Cain Velasquez, Anthony Johnson, John Dodson and Cat Zingano.

The commercial was shot to promote the Bud Light “Earn the Title” competition.