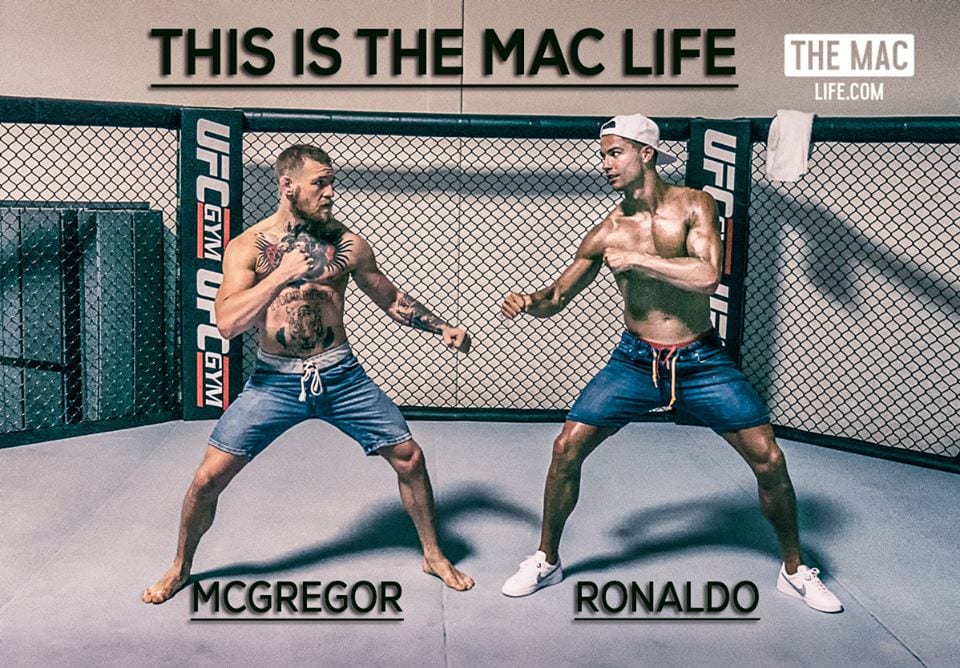 It’s another day in ‘The Mac Life’ as we watch Conor McGregor working some training drills, before he’s paid a visit from International footballing icon Cristiano Ronaldo.

The Real Madrid star is a big fan of McGregor and while he’s currently holidaying in the United States following his success at this summer’s European Championships, he took the opportunity to visit the Irishman’s training camp.

Ronaldo was named the highest-paid athlete in the world by Forbes magazine earlier this year, with his salary estimated at 88 million dollars.

McGregor also featured on the list, making history in the process, by becoming the first ever MMA fighter to make the list, with his earnings estimated at 22 million dollars.

However, McGregor intends to go head to head with the Portuguese superstar for the number one spot, writing: “I will see you for that Forbes number 1 spot next year.”

My brother Ronaldo dropped by the gym today! He is an animal. Thank you @cristiano, much respect! I will see you for that Forbes number 1 spot next year. #ThisIsTheMacLife