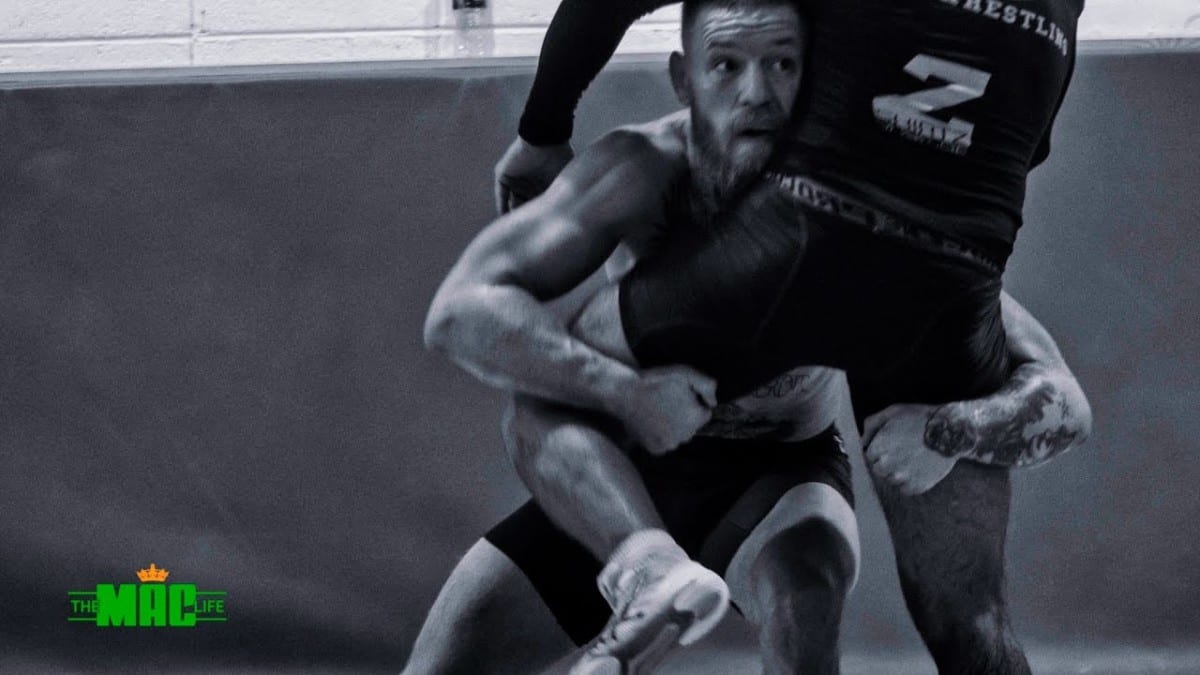 It’s just another day in The Mac Life as we follow Conor McGregor as he prepares for his historic bout in New York in just 17 days time.

One of the benefits of fighting in the Big Apple is, unlike the dry dessert air of Las Vegas, New York will have an atmosphere much more like McGregor’s native Dublin and it is there where he has based his training camp in SBG Ireland – the gym where he has honed his skills from day one.

Not only that, McGregor’s travelling fans aren’t being asked to make the long-haul flight to Las Vegas this time around and with New York being just five hours travel time away, and with the masses of Irish who already reside there, NYC will feel like a home away from home for the Irishman.

Today McGregor hones his wrestling skills with longtime coach Sergey Pikulskiy before working some cardiovascular training on the rowing machine. Pikulskiy, a Moldavian champion and national team member for seven years, has an extensive background in both freestyle and Greco-Roman wrestling and has been working with McGregor since joining Dublin’s Straight Blast Gym in 2008.

Keep your eyes peel on TheMacLife.com for more exclusive content as UFC 205 ticks ever closer.