Well, if BJ Penn wanted to show he still could be a force… 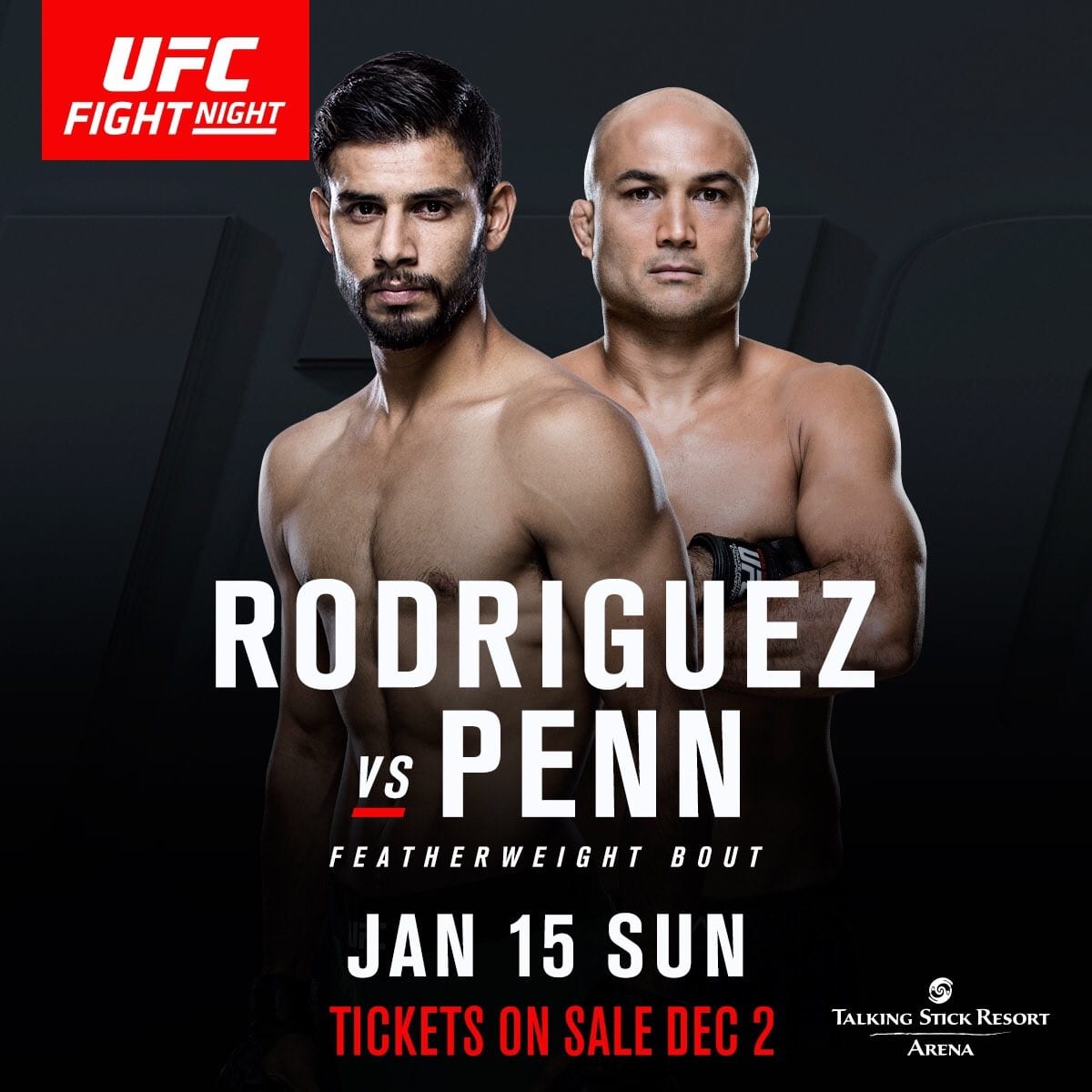 Well, if BJ Penn wanted to show he still could be a force in MMA, he’s just got given a sink or swim opportunity.

The UFC Hall of Famer announced his intentions to return to the cage after a short retirement stint all the way back in September of 2013. He was originally scheduled to face Dennis Siver, before that opponent was changed to Cole Miller. When that fight then fell through, and Penn was set to face Ricardo Lamas, only for his return to be delayed for the third time.

Now, his return has been scheduled against Yair Rodriguez, an up and comer with real potential. It’s a markedly different challenge than Dennis Siver would have been.

In fact the bout, an odd affair in its own right, takes an even stranger shade when it’s noted that Rodriguez is actually a fighter who trains out of Greg Jackson’s gym — the gym that was supposed to engineer BJ Penn’s successful return.