Fighting Fit – Which is better for your health, cycling or running?
Press enter to begin your search
Health & Fitness

Fighting Fit – Which is better for your health, cycling or running? 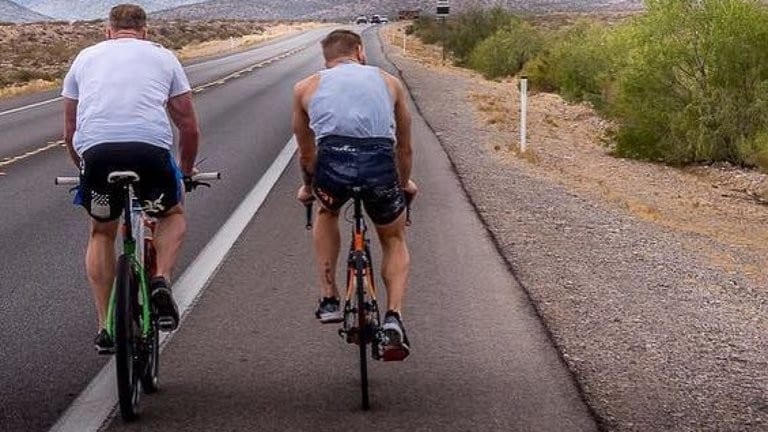 Both cycling and running are known to produce tremendous results for your cardio – but which is better for you?

The answer isn’t necessarily a simple one. Like most things, both running and cycling have their very own pluses and negatives associated with them. Running, for example, is relatively cost efficient as all you have to invest in are some good trainers (trust us on that, don’t skimp off on the trainers) and some comfortable running gear and you are good to go.

Cycling, meanwhile, is a more expensive hobby. Once you factor in the cost of the bike itself, your equipment, helmet, locks and the incremental cost of upkeep it can be quite cost prohibitive to some.

Both methods of exercise are efficient in the way they develop your cardiovascular conditioning and endurance. Running is perhaps the better of the two in terms of gains per hour, but done at a cost to your joints as they absorb the shock of every step against the asphalt and potentially causing injuries to your ankles, knees or hips (treadmill running is far easier on your joints).

Cycling, with its smooth and consistent pedaling action, eliminates this risk of injury almost entirely. Not only that, cycling is also a transportation method and can change a simple A to B commute into an exercise routine.

So, while it’s mostly personal preference as to who prefers one of these training methods over the other, there is still some serious science to consider when comparing the two.

A recent study conducted by the Appalachian State University in North Carolina set out to determine whether cycling or running was a better form of exercise by comparing muscle-damage, soreness and inflammation in both cyclists and runner after three days of intense training.

13 well-trained cyclists and 22 experienced cyclists were monitored over the course of four months. During this time both sets of athletes continued with their training program as per usual but on the fifth week, they were asked to train for 2.5 hours under lab supervision.

Blood tests were taken before and after to test for muscle damage, inflammation and other symptoms of over-training and they revealed that, despite excising for similar periods of time, the runners’ muscles were in far worse shape when compared to the cyclists – up to 404% higher, in fact.

Not only that, the inflammation in the runners was around 250% higher than that of the cyclists.

Now, it’s not particularly a revelation that science has swayed on the side of cycling here but the real learning here is that even running at moderate intensity strips your body to a far greater extent than even an intense cycle, which explains why long distance runners generally have far less muscular legs than their cycling counterparts.

But don’t let this convince you to never lace up your trainers again. Running can be a key part of any exercise routine but it’s important to be aware of the risks and potential injuries that you are opening yourself up to.