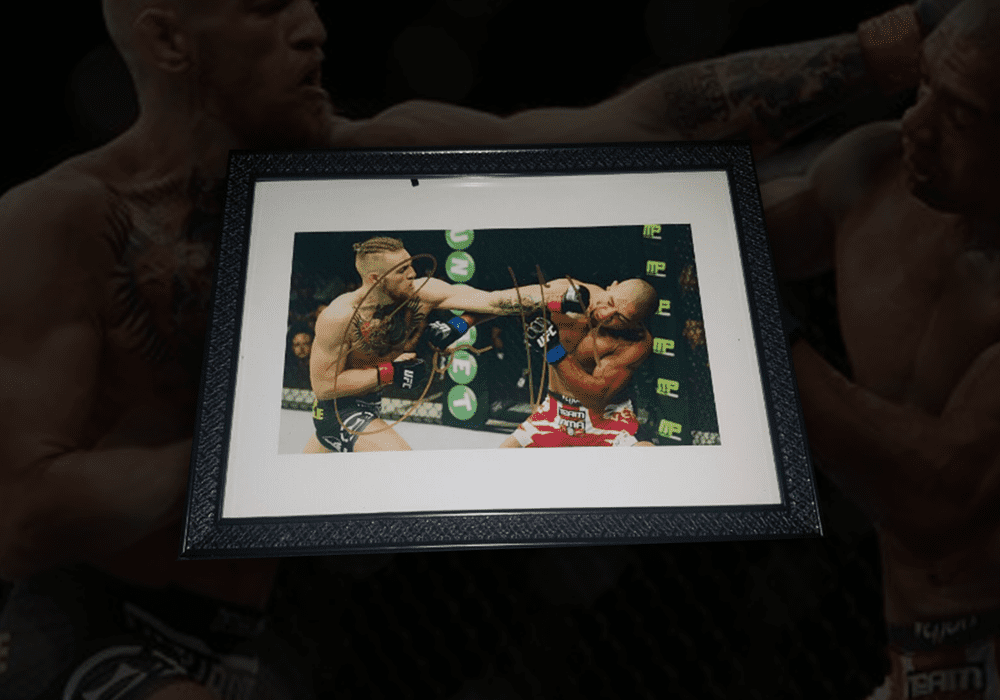 Sign up to our newsletter at the bottom of this post to be in with a chance of winning a t-shirt and a print signed by Conor McGregor!

The first time Conor McGregor found himself experiencing the bright lights of the UFC main event was in Dublin, where he faced Diego Brandao. The two raised hell at the weigh-ins, where they were repeatedly separated from attempts at scuffling with each other. In the end though, when it came to fight night, only one man came into the ring to win.

Despite returning from injury, McGregor looked a man possessed, taking out Brandao in the first round to the loudest crowd reaction ever seen in the UFC. Taking to the microphone after the bout, McGregor found a way to sum it all up with one line: “There’s not a man alive who can come on this soil, and beat me.” [et_bloom_inline optin_id=optin_1]