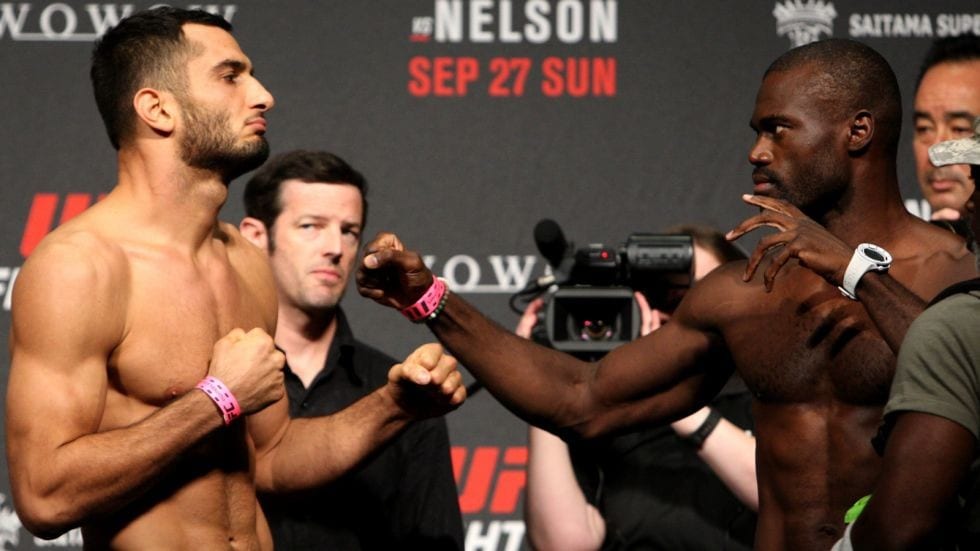 The UFC’s return to Belfast for the first time since 2007 experienced a blow last week when it was announced that injury had forced Gunnar Nelson out of his main event slot against Dong Hyun Kim on November 19th.

Not long after the news filtered out, rumours began to spread that the UFC had a brand new main event in mind. As of today, those rumours have been made official.

Uriah Hall vs. Gegard Mousasi is a rematch from their first bout in Saitama, Japan in September of last year in which Hall emerged with a come from behind TKO victory in the second round.

Since that fight, Mousasi has won three straight inside the Octagon against Thales Leites, Thiago Santos and, most recently, Vitor Belfort at UFC 204 in Manchester. Hall, on the other hand, has dropped two successive bouts since his TKO of Mousasi, losing to both Robert Whittaker and Derek Brunson since his victory over Mousasi.

Even with this new main event in place, it’s difficult to dispute that the UFC Belfast card has taken a hit with the loss of Nelson in the main event. The Icelander is among the most popular fighters in Ireland, owing to his exciting style and his association with SBG and Conor McGregor.

Elsewhere on the card, Irish MMA veteran Neil Seery will walk away from the game after his fight against American Ian McCall, while SBG’s Artem Lobov is aiming for two straight wins inside the Octagon when he faces Japanese featherweight Teruto Ishihara.