The UFC has finally made its return to Belfast, Northern Ireland. Some of… 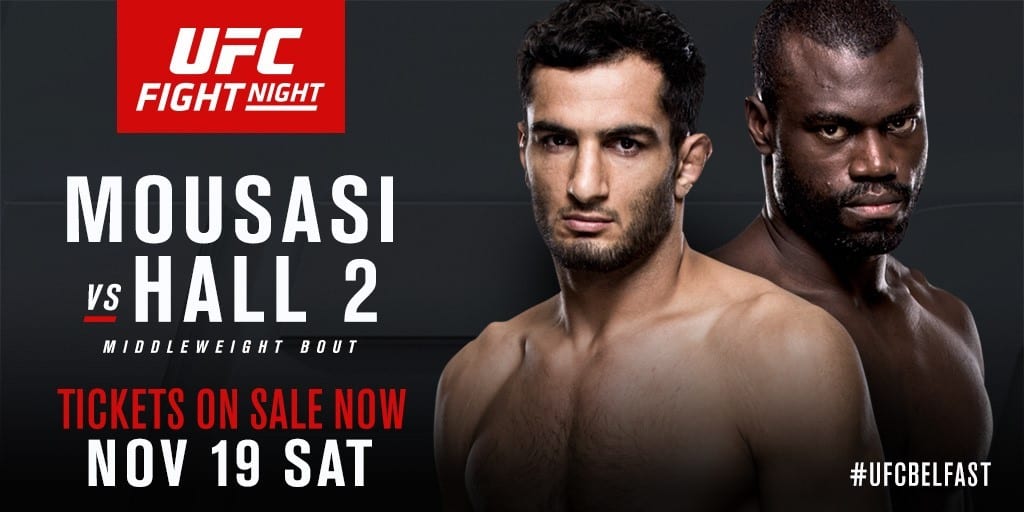 The UFC has finally made its return to Belfast, Northern Ireland.

Some of the best prospects on the European MMA scene will showcase their skills on the biggest stage of them all in Belfast this evening, as well as a main event with huge ramifications on the UFC’s middleweight division as Gegard Mousasi and Uriah Hall meet tonight for a second time.

TheMacLife.com is live in Belfast for all the action, so stay tuned to this page as we will be updating live with all the news and results from The SSE Arena.

Gegard Mousasi vs Uriah Hall: Mousasi def. Hall via TKO, Round One

Charlie Ward vs Abdul Razak Alhassan: Alhassan def. Ward via KO, 0:53 Round One