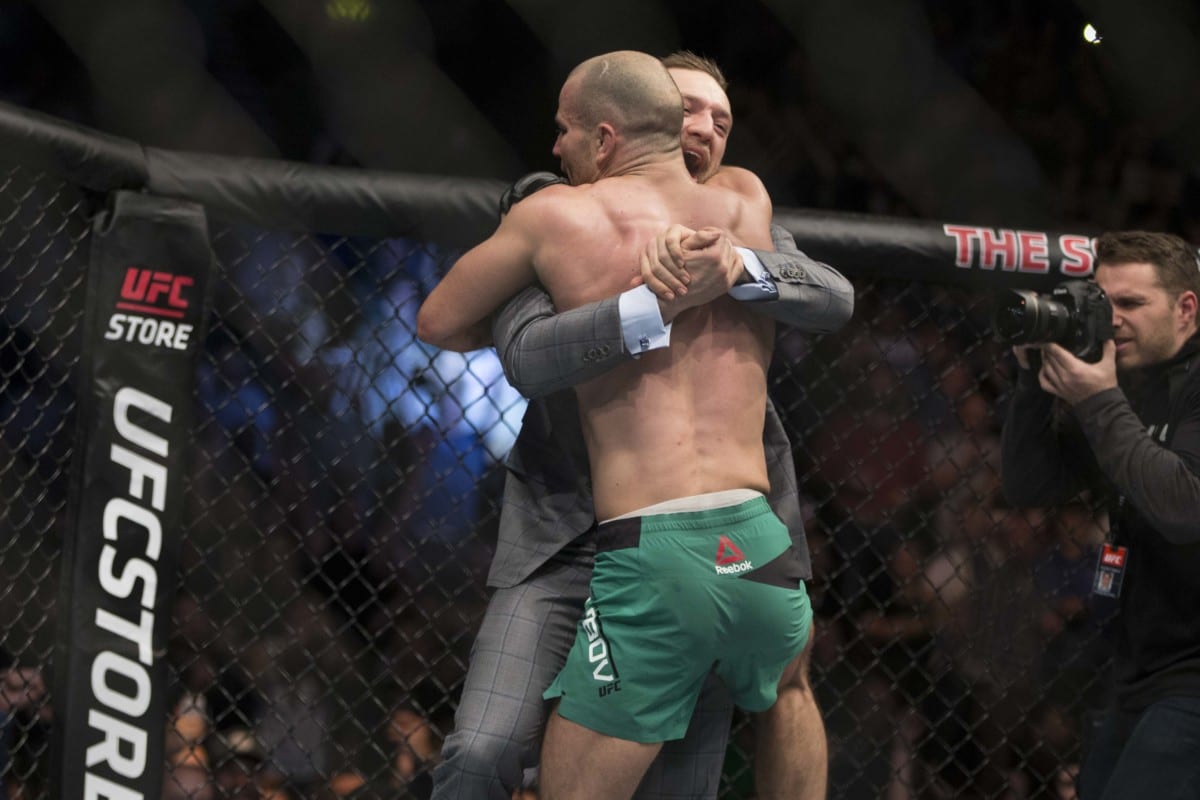 Artem Lobov Is Back

The Russian Hammer earned a one-sided decision in Belfast against the highly-rated Team Alpha Male competitor Teruto Ishihara in what was his best UFC performance to date. Lobov dismantled his opponent on the feet and dominated throughout, save for one moment of trouble in third round, and was justifiably given the unanimous decision from the judges. Lobov is still chasing his first official UFC knockout and perhaps only the iron jaw of his Japanese opponent denied him last night.

The Welsh Have Arrived

It was a long time in coming but the Welsh have finally made their mark in the UFC. Both Ireland and Northern Ireland, as well as Scotland and England, have had representatives in the UFC so it is perhaps surprising that it took until late in 2016 for a Welsh fighter to tread the canvas in a UFC Octagon. And, wouldn’t you know it, two of them came along on the same night. Both Brett Johns and Jack Marshman were victorious in their UFC debuts in Belfast on Saturday night and, particularly in Johns’ case, you could tell how much it meant to them.

Kyoji Horiguchi Isn’t Far Away From A Title Shot

One of the more perplexing things in mixed martial arts these days is that no one seems capable of challenging 125 pound kingpin Demetrious Johnson. Joseph Benavidez, Henry Cejudo and others have all tried and failed. A new season of the Ultimate Fighter was designed with the intention of someone, anyone, giving ‘Mighty Mouse’ a challenge. After last night, though, it looks like DJ’s most realistic threat at flyweight might be from someone he has already defeated – Kyoji Horiguchi. The Japanese outworked former #1 contender Ali Bagautinov throughout three rounds and has the speed and power to cause Johnson trouble – whether or not he does, though, is another thing entirely.

Gegard Mousasi Is A Top Contender At Middleweight

Okay, we already knew this but last night’s one-sided destruction of Uriah Hall in the UFC Belfast main event certainly underlined the fact that Mousasi will take some stopping at 185 pounds. As technically sound a middleweight as there is, the Dutchman earned a first round stoppage against Hall and avenged the surprise defeat he suffered to the same opponent in Japan last year. Next stop for Mousasi? A title eliminator most likely.

Kevin Lee Will Be Tough To Stop

Kevin Lee is making some waves at 155 pounds. Now 7-2 inside the Octagon, Lee was the recipient of a performance of the night bonus for the technical submission of Magomed Mustafaev in Belfast last night. Judging by his interview after the fight, Lee thinks he’s headed straight to the top contendership in the lightweight division and it’s hard to argue with him after the performance he gave in Belfast.

The Scot won the Battle of Britain against Ross Pearson in Belfast and in doing so, earmarked himself as the UK’s best fighter at 155 pounds. Ray, now 4-1 in the UFC, still has a lot of work to do before he even gets close to the summit of the division at lightweight but Saturday’s win over UFC veteran Pearson will do his chances absolutely no harm whatsoever.

Now 7-1 in his last 8 fights (with the one loss being to human wrecking ball Anthony Johnson), Ryan Bader reaffirmed his status as one of the best fighters at 205 pounds with a third round stoppage of Antonio Rogerio Nogeuira in Sao Paulo on Saturday night. Bader is without question in the form of his career right now and it is hard to deny that he is one of the key players at 205 having beaten the likes of Rashad Evans, Phil Davis, Ovince St. Preux and Ilir Latifi in recent bouts.

Cody Garbrandt derailed the hype surrounding Brazilian bantamweight Thomas Almeida when he knocked him out inside the first round last May but last night in Sao Paulo, Almeida improved to 22-1 with a second round stoppage of Alberto Morales in a performance which should be enough to get him back into the mix at 135 pounds.

Can Anyone Other Than Joanna Jędrzejczyk beat Claudia Gadelha?

Women’s Strawweight is a perplexing division as it seems that, right now at least, there’s Joanna Champion and then there’s everyone else. Karolina Kowalkiewicz’s performance at UFC 205 suggests that the champion does have some weaknesses to iron out but right now it seems that only Kowalkiewicz and Gadelha are equipped to give Joanna a real test. The rub? Both have already lost to Joanna (twice in Gadelha’s case), so it will take some time for the UFC to build up to title shots for these two once more.

Krzysztof Jotko Is Slowly Making A Name For Himself At Middleweight

The Pole improved to an impressive 19-1 with a unanimous decision win over former # contender Thales Leites at UFC Fight Night 100 on Saturday. Jotko is now 6-1 in the UFC, with the only black mark being a submission loss to Magnus Cedenblad with one second left in the second round in Berlin two years ago. If Jotko can win one or two more fights in impressive fashion he will find himself in the conversation for top contender match-ups at 185 pounds and, as he has proven already, this guy is very, very difficult to beat.