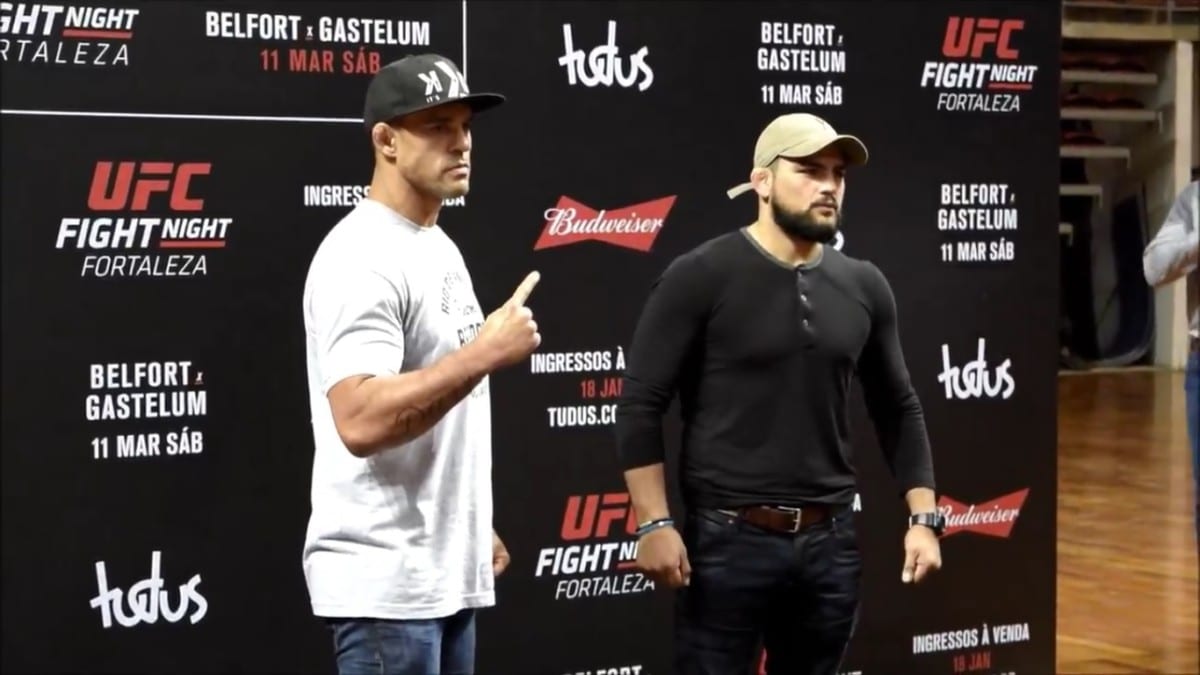 Vitor Belfort and Kelvin Gastelum, headliners of the upcoming UFC Fight Night 106 card in Fortaleza, Brazil, have come face to face for a media call ahead of their clash on March 11th next.

This marks the second successive bout at middleweight for Gastelum, following his one-sided TKO victory over former Strikeforce title challenger Tim Kennedy at UFC 206 in December. Gastelum’s move to the 185-pound fold was mandated by Dana White after a series of failed weight cuts to make the welterweight limit of 170-pounds — most recently at UFC 205 in November when the Californian failed to report to the weigh-ins and was subsequently issued with a suspension by the New York Athletic Commission.

Now with a fine paid Gastelum is free to return to competition and, despite harbouring intentions of one day going back to the welterweight division, he has received the dubious honour of being booked to face former two-division UFC title contender (and former Light Heavyweight champion back in the day) Vitor Belfort in his home country.

Despite his status in the sport verging on legendary, Belfort appears to have lost a gear in recent times. ‘The Phenom’ has dropped two straight to Gegard Mousasi and Ronaldo Souza — two fights in which Belfort was essentially blown out of the water.

If Belfort, who turns 40 a few weeks after the scheduled bout, is to lose again it is likely that he would be in jeopardy of being issued with his walking papers. For Gastelum, a fighter who has in essence been banished from what he considers to be his natural weight class of 170-pounds, a loss at this stage of his graduation to middleweight would complicate his progression hugely.