Well, being groovy looks like it pays off. Lando Vannata earned himself plenty… 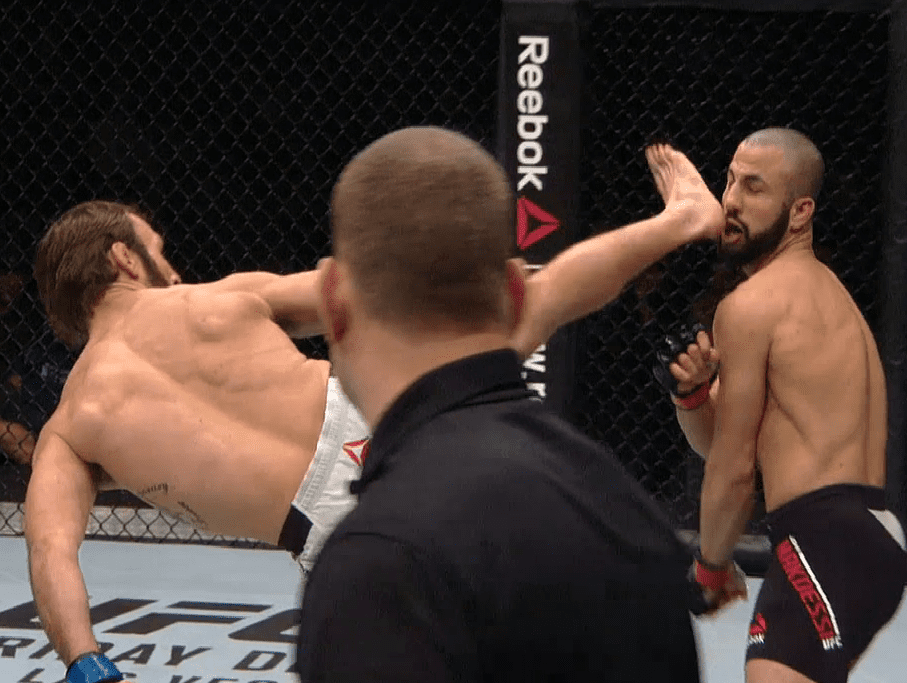 Lando Vannata earned himself plenty of praise in a defeat against 155-pound title contender Tony Ferguson, after giving Ferguson one of the toughest fights of his career. Due to that performance, plenty of eyes were on him tonight as he fought on the Fight Pass prelims at UFC 206.

Well, he earned the views. Vannata came away winner after knocking out John Makdessi with an unbelievable spinning back kick.

As the man himself said: “that deserves 50 fucking g’s right there.”

Watch the unbelievable Knock Out in the video above. Note: due to regional restrictions, the content may not be available in your area.