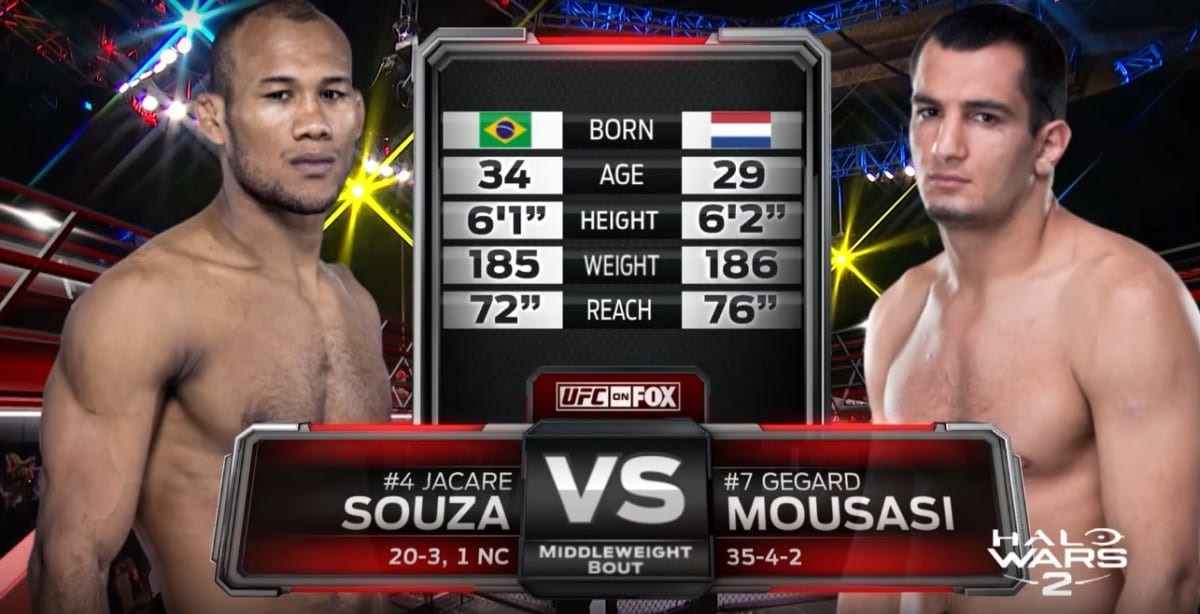 Brazilian submission machine Ronaldo ‘Jacare’ Souza returns to the cage this Saturday where he will take on Tim Boetsch on the main card of UFC 208 from Brooklyn, New York.

Souza, who is one of the top contenders in the UFC’s 185-pound division, hasn’t competed since scything through compatriot Vitor Belfort at UFC 198 in May of last year. A November clash with Luke Rockhold in Australia was cancelled after Rockhold picked up an injury. Souza was subsequently asked to make weight as a replacement fighter at UFC 205 in New York last November but was surplus to requirements on that night.

In Brooklyn, though, he will face Boetsch who defeated Rafael Natal at UFC 205 in what was his second successive win inside the octagon. Souza, though, has been made the overwhelming favourite to win this weekend and, judging by the video below where he submitted the notoriously difficult to finish Gegard Mousasi in a rematch to tie their personal series at 1-1, you can understand why.