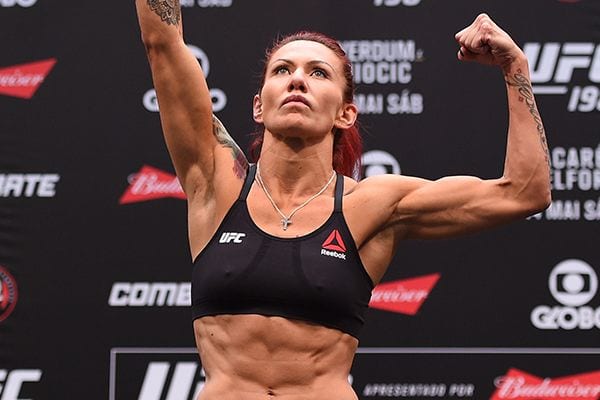 Ever since Cristiane “Cyborg” Justino made her move over from Invicta to the UFC, fans have been salivating at the prospect of seeing the vicious striker make the cut down to the 135lbs division.

Fights with former-champs in Ronda Rousey, Holly Holm and Miesha Tate have all been in discussion for the Brazilian, but after viewing this footage it would suggest that Cyborg may never compete in the women’s bantamweight division.

In the run-up to the release of an upcoming documentary based on her long-awaited arrival in the UFC, a trailer has been released to the public.

The most noteworthy section of the trailer shows a pained and tortured Cyborg crying during her cut to the catchweight of 140lbs ahead of her debut against Leslie Smith. With many calling for her to drop the extra 5 pounds to 135, it now seems like even 140lbs is a stretch for the Invicta champ.

Do you think the UFC should make a women’s 145lbs division?

Watch the footage below.