Video: After second round victory, Valentina Shevchenko faces Amanda Nunes in the Octagon
Press enter to begin your search
MMA

Video: After second round victory, Valentina Shevchenko faces Amanda Nunes in the Octagon

Valentina Shevchenko can no longer be considered just a stand-up fighter. At UFC Denver,… 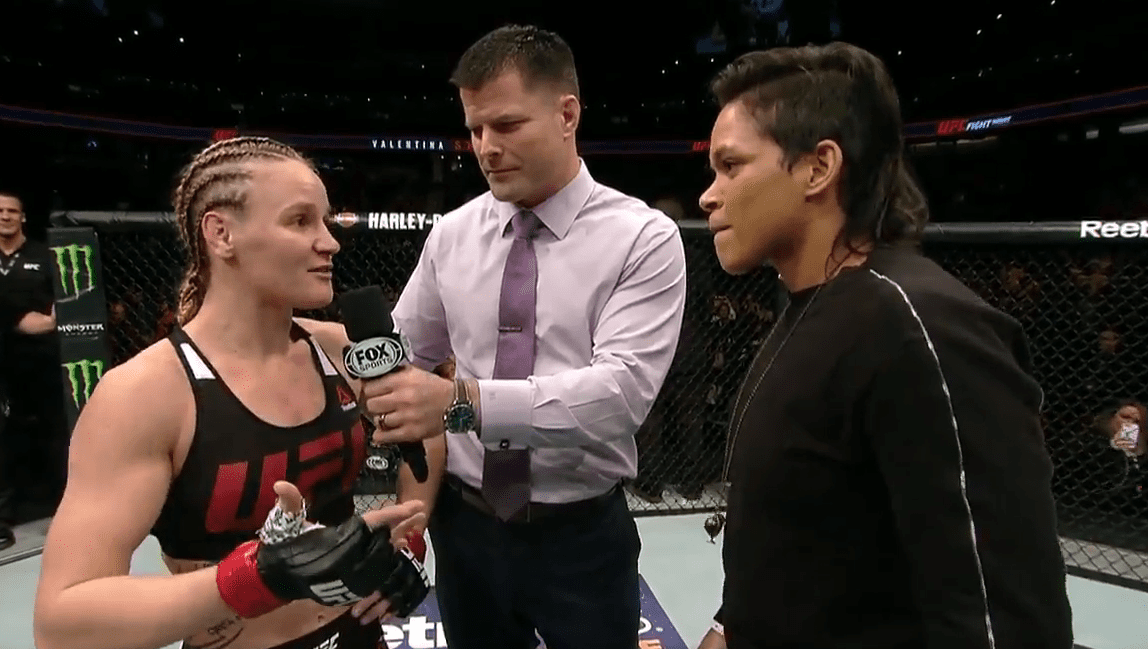 Valentina Shevchenko can no longer be considered just a stand-up fighter.

At UFC Denver, the Kyrgyzstani-Russian defeated Julianna Pena via armbar in the middle of the second round. While many had fancied Pena to get the best of the grappling exchanges, it was actually Shevchenko who got the majority of the takedowns, and got the win via submission.

Before the event, many had considered the main event to be an unofficial title eliminator. After the fight, UFC bantamweight champion Amanda Nunes seemed to confirm its status, entering the Octagon and formally challenging Shevchenko.

“Be careful with your words,” Shevchenko shot back. “Because they might come back to you.”

The two have fought before, back at UFC 196, with Nunes gaining the slim victory via judges decision on that occasion — but that was a three round fight, and Shevchenko was gaining momentum in the final third.

Perhaps a five round title fight could prove the difference maker.