UFC: From bust to boom the Zuffa era
Press enter to begin your search
MMA

UFC: From bust to boom the Zuffa era 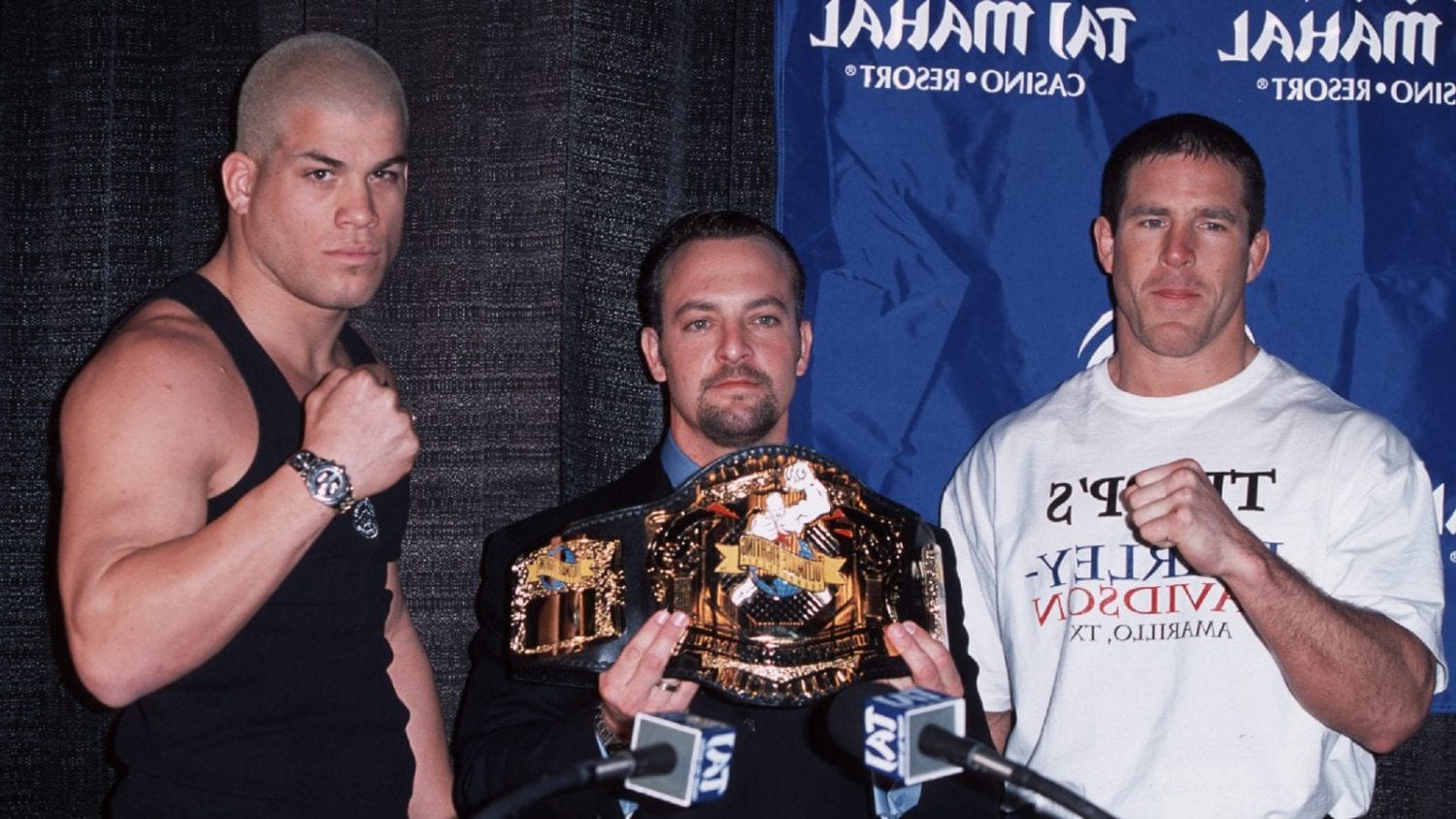 The UFC’s sale is one of the biggest returns on an investment in sporting history. Bought by the Ferttita brothers in 2001 for $2 million dollars, it’s sale for $4 billion marks the end of a fifteen year journey for the Zuffa era.

Let’s look back at some of the highs and lows of the Zuffa-owned UFC.

The third event after Zuffa purchased the company, the first MMA card sanctioned by the Nevada State Athletic Commision and competed under the new unified rules, UFC 33 was supposed to set the benchmark for the new and improved Ultimate Fighting Championship.

With three title fights on the card, and headlined by the then biggest star in the sport Light Heavyweight champion Tito Ortiz, the UFC pulled out all the stops and…it was a disaster.

To this day, Dana White maintains it’s the worst show the company has ever put on.

By 2005, the Fertitta brothers were ready to call it quits.

Millions in the hole and seemingly no turn in fortunes, Zuffa decided to roll the dice one last time with reality TV show The Ultimate Fighter. The format would involve 16 professional fighters living together in a house while partaking in challenges and, naturally, fights.

With the men being cooped up for so long, the inevitable drama and tension on the show drew audiences. Culminating on the season finale, when Forrest Griffin and Stephan Bonnar had one of the greatest fights of all time that caused 3.3 million people to tune in. A figure previously unthinkable.

The fight was so exciting, it got the show a second season, as well as creating a new rush of interest in the sport. A testament to how crucial that fight was both Bonnar and Griffin were inducted into the UFC Hall of Fame in 2013.

Despite the success of The Ultimate Fighter, it wasn’t until 2011 that the UFC started to really get going on TV. The company signed a network television deal with Fox Sports media, and with it, found a game changer.

No longer on the fringes, MMA started to creep more into the public eye, opening it up to the mainstream and attracting a new and more diverse audience. The first event aired, UFC on Fox: Velasquez vs. dos Santos, was seen by 8.8 million people.

Part of Mixed Martial Arts’ appeal is its unpredictability. But while that may be fun for viewers, on the business side of things, it can make running the show pretty rough.

Injuries are a part of all sports, but in MMA, they can be devastating. In 2014, for instance, fighters having to pull out of scheduled bouts got so bad that the company lost around 40% of earnings.

At the time UFC CEO Lorenzo Fertitta said: “This year has been the most challenging year we’ve ever had. About 80 percent of the fights we wanted to put on got canceled for whatever reason. Injury, drug test, somebody had a baby, who knows. If it could happen, it happened in 2014. I can’t wait to get to next year.”

In December, 2014, the UFC announced an exclusive six year apparel deal with Reebok. Described by Feritta as “the biggest non-broadcast partnership that our company has ever signed.”

It started off badly.

With the release of “Fight Kits” the deal grew widespread criticism from fans after numerous spelling errors and incorrect fighter names were found on sale. Add in the fact that the UFC made wearing Reebok (and only Reebok) compulsory for all fighters, which caused many to lose money on other potential sponsorships, fans and fighters alike were unhappy.

Although UFC brass made the argument that it presented a more professional look for the athletes, the Reebok-UFC relationship hasn’t quite been as embraced as they hoped.

When Anderson Silva failed two drug tests following his bout with Nick Diaz at UFC 183, the UFC knew a change was in order. Just a few months later, the company announced it had contracted the services of the United States Anti-Doping Agency.

By bringing in a third party to carry out random drug tests all year around on its athletes, the UFC implemented one of the most stringent drug testing regiments in all of sports. Although some pondered the objectiveness by a company that was being paid by Zuffa, those concerns have all but vanished with USADA’s merciless approach.

The perfect example of which was seen just a few days ago, with Jon Jones being forced off UFC 200 for failing an out of competition drugs test.

The last year has been the company’s best ever.

New stars like Conor McGregor and Ronda Rousey have taken the sport to new heights and brought in audiences previously unreached. Every time the two fight on seems to be bigger and better, with UFC 196 (McGregor vs. Diaz) speculated to be the most popular event ever.

It’s in large part down to the success of Rousey and McGregor that the UFC has managed to gain as much momentum as it has of late. Who knows how much of the $4 billion can be traced back to the interest those two have generated.

No one knows what the sale of the UFC will mean. Although Dana White remains on board in his current position as president, it’s likely that at some point the new owners will want to make certain decisions that the Fertitta’s may not have.

Either way, no matter what changes are made, the effect that the Fertittas and Zuffa have had on the UFC and MMA is irreplaceable.