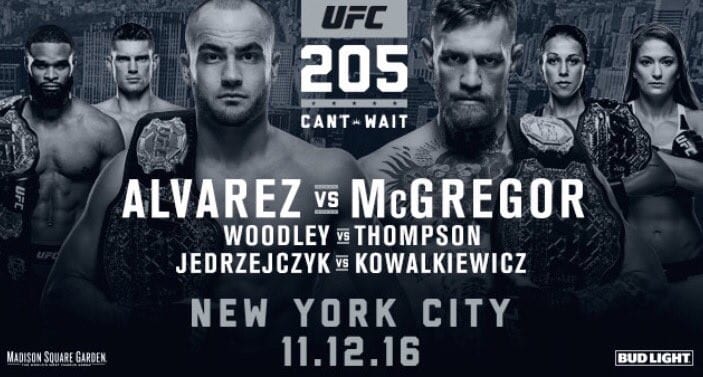 The biggest MMA event in history, UFC 205, is finally here.

With three title fights atop the card, the first ever show held in New York city has plenty of promise to be an absolute blockbuster. Stay tuned as we’ll be updating throughout the night with the latest results and news from Madison Square Garden.