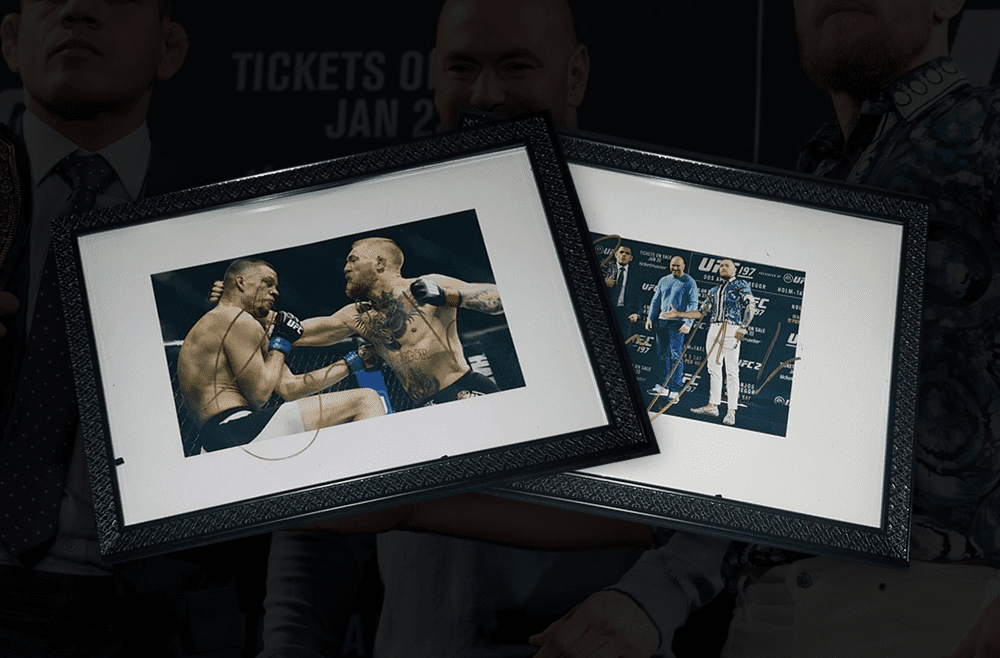 Sign up to our newsletter at the bottom of this post to be in with a chance of winning a t-shirt and a print signed by Conor McGregor! Winners will be notified by email.

UFC 196 was unexpected. When original opponent Rafael Dos Anjos pulled out due to injury, and Nate Diaz was brought in as a replacement, an unexpected fan furore hit the sport.

With the two being firm favourites amongst MMA supporters, the fight became a mammoth after spontaneous press conferences had the two swapping one liners and verbal back and forth.

In the end, the fight was as unexpected as the lead up. But while McGregor may have lost in the second round, he was inspired to revamp his entire approach to the sport, which culminated in a legendary rematch just a few months later