Tyron Woodley says Nick Diaz turned down fight against him 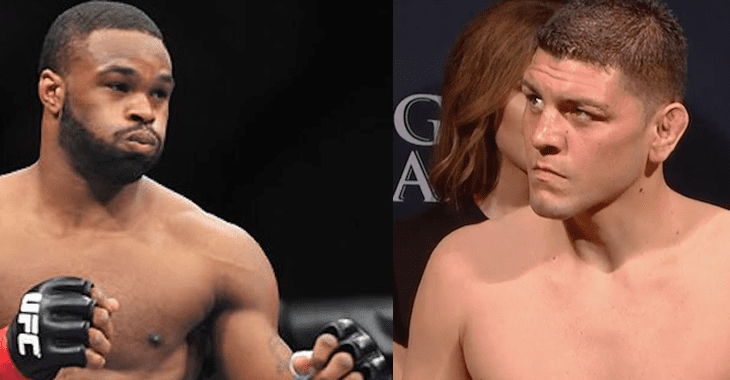 While Nick Diaz is available to be booked in a return to the UFC, he won’t be coming back unless the UFC make it worth his while, and, according to welterweight champion Tyron Woodley, they didn’t do enough to seal the deal to make a Woodley vs. Diaz at UFC 209.

And perhaps unsurprisingly, Woodley isn’t too impressed with the UFC’s reluctance — particularly with the Diaz/209 connection.

“I’m going to be honest, I think they dropped the ball. [UFC] 209, nobody knew anything about the 209 until the Diaz’ came around. And I think, even if he got paid more than I did, I think they’d make it happen. I think you make him happy, you pay him. He’s done a lot for the sport, he’s done a lot of media that he did not want to do, and he’s projected the trash talk and the bad boy image to another level.