Here are three cracking contests from the UFC this year. 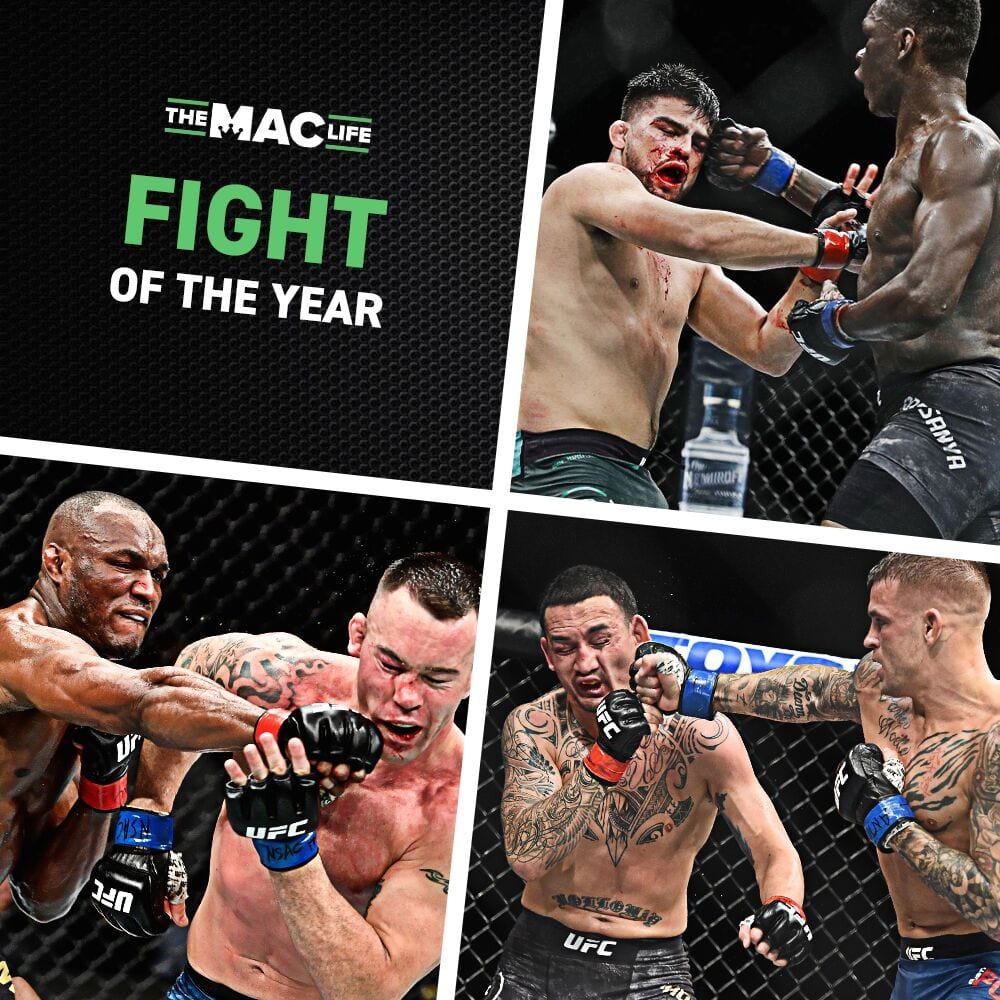 At the very crux of mixed martial arts, and behind all the promotional pushes, fighter beefs and everything else are just quality fights. Here at The Mac Life, we’ve gone back over 2019 to choose three of the best clashes we’ve seen in the Octagon.

In April of this year, Kelvin Gastelum and Israel Adesanya fought each other for the UFC interim middleweight championship of the world. It was one of the most stunning back and forth wars the UFC has ever seen, and could well be one of the best fights we’ve ever seen.

Adesanya and Gastelum went toe to toe for five full rounds in a contest that saw both men dropped, both hurt and then both rallying to get back into the fray. In the end, Adesanya emerged victorious after a fifth round straight out of the movies.

As both men left the Octagon, however, there was no doubt we’ll see the two clash again in the future.

There might be an element of recency bias, but Colby Covington and Kamaru Usman went to war a couple of weekends ago, and it feels appropriate to celebrate it.

On fight night, they took that perception and drove it home.

For the first two rounds, the pair essentially went punch for punch, both engaging in what welterweight champion Usman labelled a “Mano-a-mano” affair to prove who was tougher. In rounds one and two, you may as well have used a coin toss to call it.

Then in round three, Usman found a new gear, pushing forward and landing heavy shots, one of which cracked and fractured Covington’s jaw. As the challenger went to his corner and mentioned the injury, the wind felt like it had started to blow in one direction…

…Only for Covington, injured jaw and all, to come out and blitz forward to reclaim the center of the Octagon and earn himself round four.

For the first part of the final stanza, it seemed as if it was the challenger who was going to find the win. Covington pushed ahead, taunting the champion and ignoring the insane pain in his chin. But, as we know in this sport, everything can change in an instant.

Usman landed a huge right hand that dropped Covington, before doing so again shortly after. A flurry on the floor caused referee Marc Goddard to step in and hand Usman his first title defence.

The second fight between Max Holloway and Dustin Poirier has an odd place in people’s memory.

People remember the two men going to war over five rounds, certainly. People remember Poirier getting the win over Holloway and earning the interim lightweight title in Holloway’s first attempt to fight at 155lbs. People might even remember it being an absolutely cracking fight.

The problem with all that is, it was actually better.

Had the two’s battle not been immediately preceded by the aforementioned Gastelum vs. Adesanya, it would easily be thought of in higher esteem, but by the time Holloway and Poirier got into the cage, fans and viewers were exhausted from the previous contest.

Well worth a rewatch to remind yourself just how well Holloway really fared in his opening roll of the dice at 155lbs.