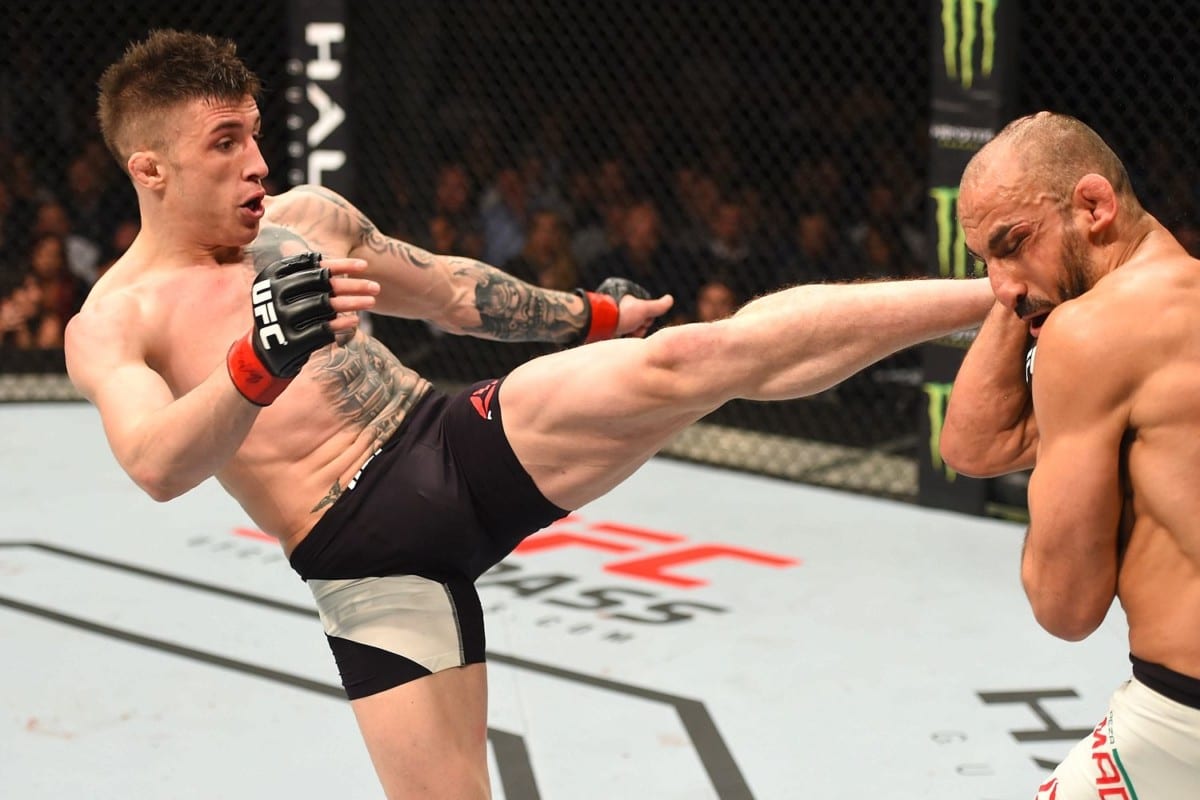 The UFC’s return to Belfast after nearly a decade away last month could generally be considered a success (particularly in the case of Artem Lobov) but one complaint put forth by Northern Irish fight fans was to do with the lack of local talent on the fight card.

Traditionally when the UFC visits a city like Belfast they will endeavour to add some hometown fighters to the card to help energise the local market, or to tap in pre-existing fan bases to sell more tickets. Indeed, when the UFC last visited Belfast in 2007 the card featured two local fighters in Colin Robinson and Stevie Lynch — this time around however, the Northern Irish contingent on the card was precisely zero.

And it’s not like there wasn’t plenty of candidates to choose from. Karl Moore, Andy Young, Joe McColgan and Alan Philpott would all have been worthwhile additions to the card but without question the most noticeable absentee was Ultimate Fighter winner Norman Parke.

The Northern Irishman was let go by the UFC earlier this year in spite of a respectable 6-3-1 record in the organisation at a time when the wheels were already in motion to arrange the Belfast event — which makes the UFC releasing him seem like a perplexing decision.

But, as per a report from FloCombat’s Jim Edwards today, it looks like BAMMA are lining up Parke as a headliner for a card to be held in Northern Ireland next year.

Dubliner Redmond went 0-2 in his UFC run but rebounded last September with a three round decision victory against Chris Stringer at BAMMA 26. He was slated to face Daniel Weichel at the upcoming co-promoted event between BAMMA and Bellator in Dublin this month but an elbow injury put paid to that, leaving his diary open for this potential bout with Parke next year.

Parke’s most recent bout was a unanimous decision victory of his own against Andrew Fisher. During that fight he sustained an injury which forced him out of his next fight against Decky Dalton, a lot which was filled by SBG’s Peter Queally who won a decision on the night.