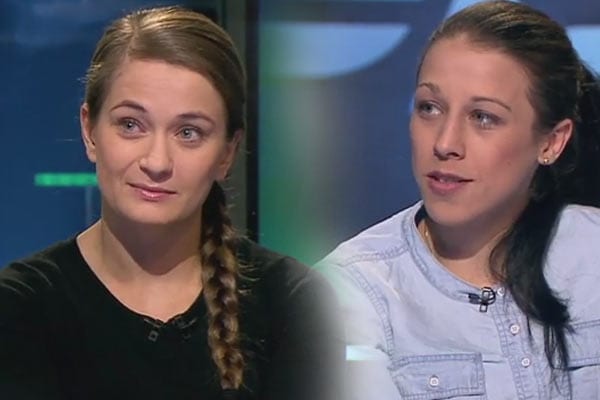 After making a statement with a decisive win over top Strawweight prospect Rose Namajunas, Karolina Kowalkiewicz has called for a shot at UFC gold, against fellow Polish fighter Joanna Jedrzejcyzk.

Kowalkiewicz blasted her way into the title picture by getting a split decision over the very skilled “Thug Rose” and despite a slow start, looked comfortable after the first round utilizing her strong clinch work to gain the upper hand as the bout went on.

After Joanna Jedrzejcyzk’s dominant performance in her last outing against Claudia Gadelha, the Muay Thai expert will surely be open to the opportunity to take part in a monumental fight for Polish combat sports.

UFC President Dana White seemed on-board for making the event, even going as far as not to rule out having the bout take place on Polish soil.

“It’s the one that makes sense, but we’ve got to get back to the office and try to figure out what we do. I’ll tell you, I’d love to do that fight in Poland”

He went on to state that Joanna actually had an input in signing the victorious Kowalkiewicz and had something of a point to prove to the people of her home country.

“The funny thing is Joanna Jedrzejczyk wanted us to sign her, and said ‘I want to prove to everybody in Poland that I’m the best,’ and now she has worked her way up to a possible title shot here with Joanna Jedrzejczyk, so it’s very interesting.”

Now the two look destined to meet in a fight of huge significance for European MMA, one that Kowalkiewicz can certainly justify after a win over one of the top prospects in MMA right now.

Would you like to see an all-Polish Strawweight championship bout? Do you think Karolina Kowalkiewicz poses a threat to Joanna’s crown?