If you aren’t yet familiar with the name Dooho Choi, chances are you… 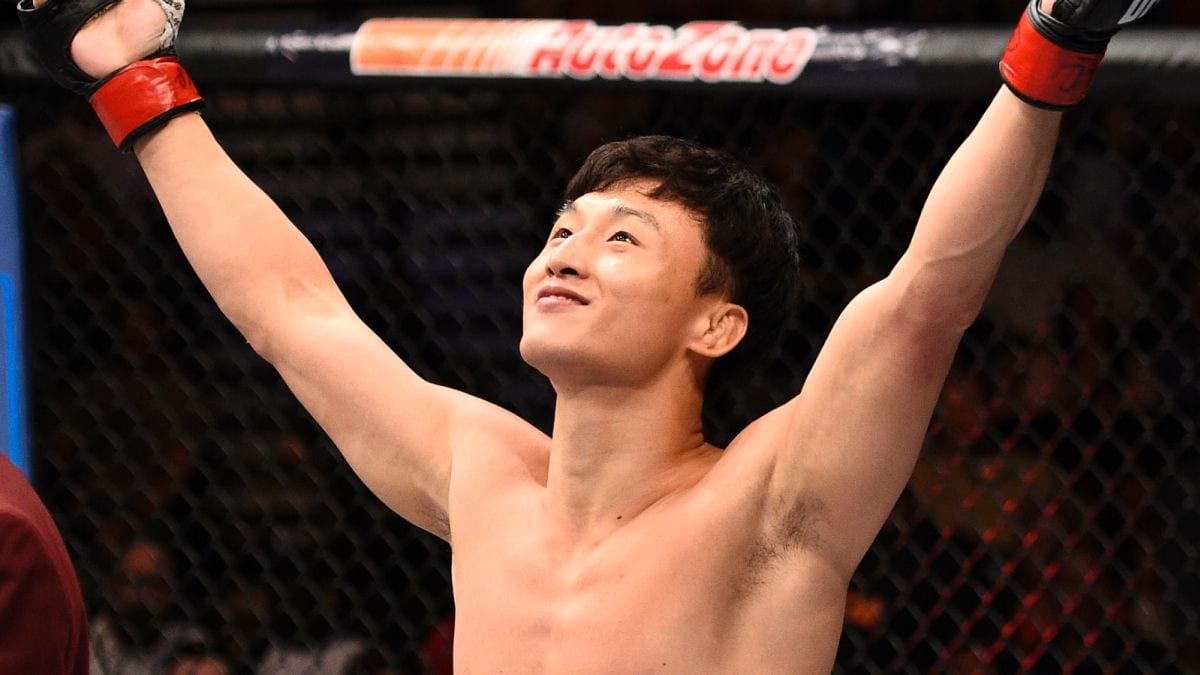 If you aren’t yet familiar with the name Dooho Choi, chances are you will be very soon.

Choi, who goes by the nickname ‘The Korean Superboy’, is one of the up and coming names in the UFC’s featherweight division and meets Cub Swanson in an intriguing 145-pound clash at UFC 206 in Toronto this Saturday night. Choi is a perfect 3-0 in his UFC career thus far, with three first round finishes under his belt, but in Swanson will face his toughest test to date — a clash which will go a long way to determining the Korean’s standing in a stacked featherweight division.

However, the evidence as it stands suggests that Choi is very much the real deal.

The 25-year-old doesn’t cut the most intimidating figure in the UFC — far from it, in fact — but don’t let his inoffensive looks fool you. Choi is a superb stand-up fighter and owns concussive power in his right hand, as evidenced by his three UFC finishes over Juan Puig, Sam Sicilia and Thiago Taveres in the last year.

Choi followed his win over Tavares last July with a (very polite) call out of perennial contender Cub Swanson and the UFC duly obliged. Choi’s reputation might not yet have registered on the radar of the more casual UFC fan but for those in the know, the meeting between Choi and Swanson this weekend is as mouthwatering a clash as anything else on the card.

If you’re looking for any more evidence as to The Korean Superboy’s credentials, check out the video below.