The UFC Lightweight division continues to be arguably the deepest in the sport,… 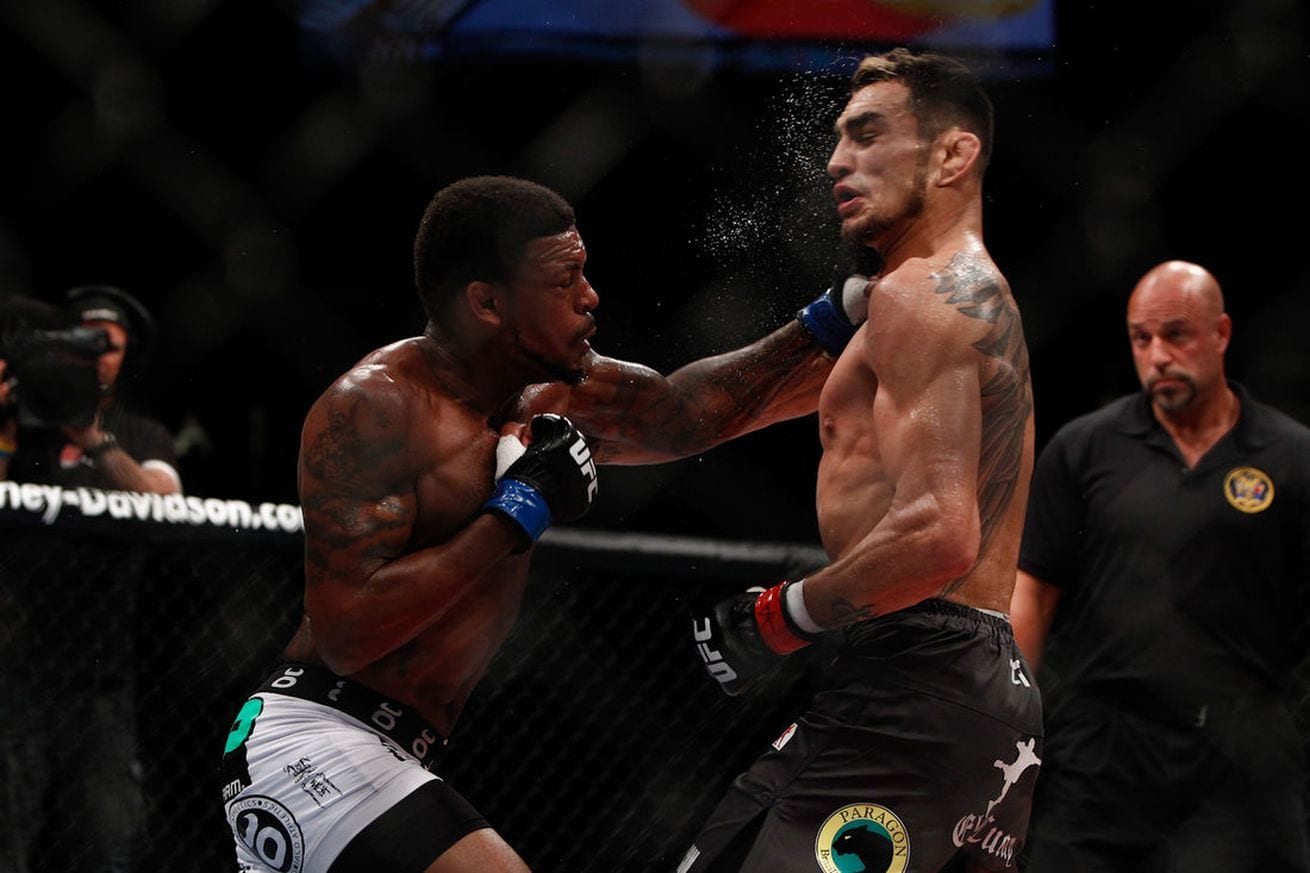 The UFC Lightweight division continues to be arguably the deepest in the sport,

Less than a week after the 155lb title changed hands, with Eddie Alvarez knocking out former champion Rafael Dos Anjos, it looks like the next bout for the championship could already be decided on.

At UFC: Sioux Falls, Tony Ferguson reaffirmed his case to be considered the number one contender after winning an absolute barnburner of a fight with UFC newcomer Lando Vannata.

Originally scheduled to face Michael Chiesa, Ferguson showed good composure to come back and win by submission, after being dropped repeatedly in the first round.

Now with eight consecutive wins, Ferguson looks likely to be the first to challenge new champion Alvarez for the belt, with the fight potentially taking place later this year.

Currently ranked at #3 in the lightweight division, Ferguson’s only likely rival the next title shot would potentially be Khabib Nurmagomedov.

Nurmagomedov is undefeated at lightweight, and after a series of devastating injuries kept him on the sidelines for two years, recently returned to the cage with a win over Darrell Horcher.

Just as Ferguson’s hand was being raised, Khabib took to twitter and made his own call out to Alvarez.

“Hello @Ealvarezfight answer the boss phone call let’s do this by the way congratulations,” he tweeted.

Ferguson and Nurmagomedov were actually originally scheduled to face each other in December of last year, but that fight was scrapped due to injury.