‘There you go White, make the bout. Give my purse to charity’: Conor McGregor calls on UFC to book him opposite Frankie Edgar in December
Press enter to begin your search
McGregorMMA

‘There you go White, make the bout. Give my purse to charity’: Conor McGregor calls on UFC to book him opposite Frankie Edgar in December

Frankie Edgar wants it and now Conor McGregor wants it too. 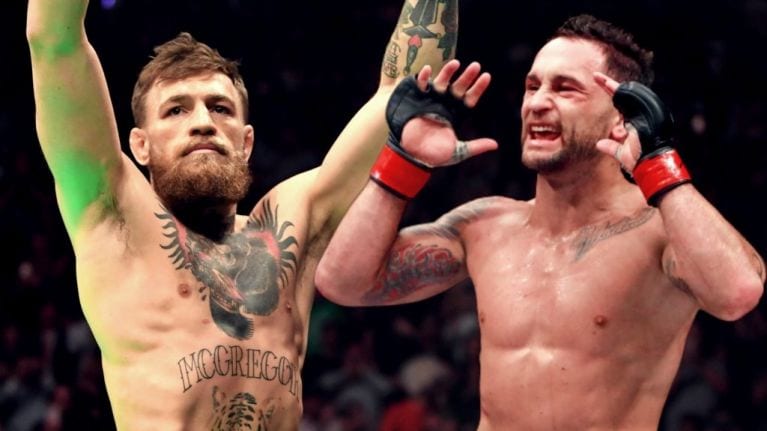 Conor McGregor has asked UFC president Dana White to set the wheels in motion on a future match-up with Frankie Edgar, saying that he will be ready for the fight in December and that he wants his fight purse to be given to a First Responder’s charity.

McGregor made the statement on Twitter, first replying to a UFC tweet wishing Frankie Edgar a happy 38th birthday by saying that he will see the American “in December”. Edgar responded to say that he has already agreed to fight the Dubliner, to which McGregor said: “There you go White, make the bout. Give my purse to charity. First responders. One for All!”

There you go White, make the bout. Give my purse to charity.
First responders.
One for All! @ProperWhiskey

The identity of McGregor’s next opponent has long been a source of speculation in the MMA media landscape. He was made vocal his desires to rematch Khabib Nurmagomedov, while the likes of Justin Gaethje, Donald Cerrone and Dustin Poirier have been continually linked to a bout with the UFC’s first ‘champ champ’.

However Edgar, the former UFC lightweight champion, said in an interview late last year that he would like to “tell his grandchildren” that he fought McGregor — and this was something which caught the Irishman’s attention.

“He’s the most popular guy of my era,” Edgar said in December. “Let’s be real, he is. It’ll be a shame if I retire down the road and I get my kids and grandkids ask me if I ever fought Conor McGregor and I get to say no. I wanna say yeah.”

However, a sticking point in both mens’ plans could be the UFC not being entirely behind the proposed bout, as ESPN’s Ariel Helwani maintains that there remains some potential roadblocks ahead before any bout between McGregor and Edgar becomes a reality.

The December date that McGregor has in mind is almost certainly that of UFC 244 which takes place on the 14th in Las Vegas and already features three title fights on a card headlined by Kamaru Usman vs Colby Covington.