With UFC 207 on the way, the UFC have begun their hype job… 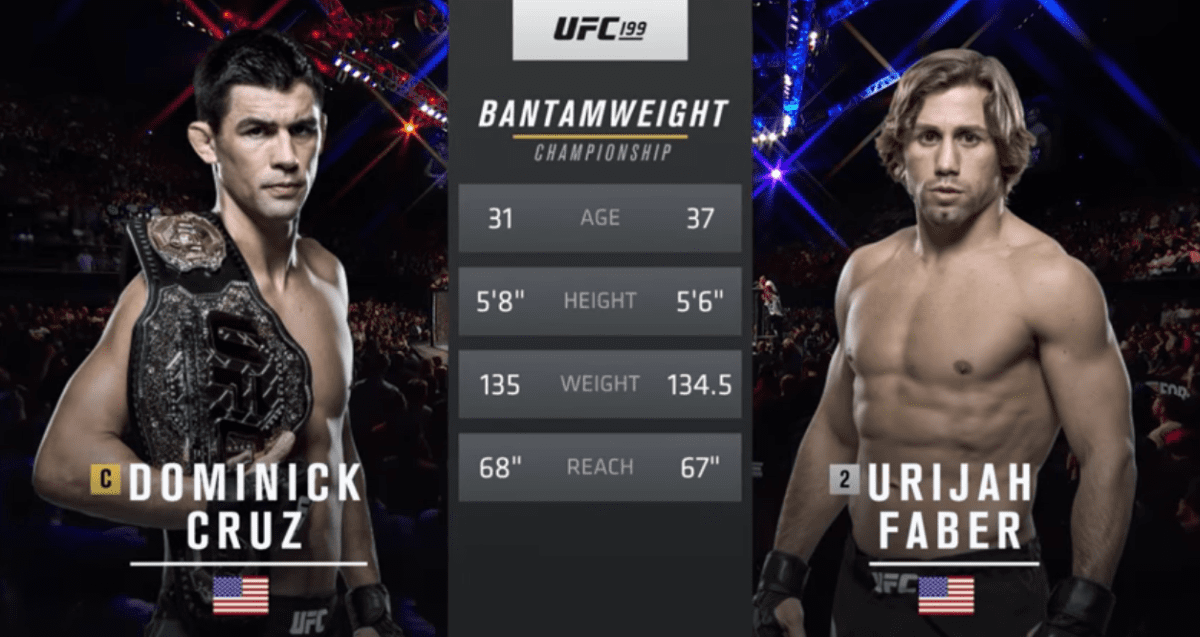 With UFC 207 on the way, the UFC have begun their hype job to get fans excited about two star studded headlining bouts.

While Ronda Rousey may be grabbing all the media attention, in the co-main event of the evening is an un-sung spectacular bout between Dominick Cruz and Cody Garbrandt, the latest in a long line of Cruz vs. Alpha Male gym members.

With that fight just a couple of weeks away, we can take a moment to look back at a similar beef — albeit one that just ended — that was contested earlier this year. In the third fight of their legendary trilogy, Cruz defended his UFC bantamweight title against Urijah Faber in their final meeting.

The bout has, of course, some relevance to the one next up. Faber is the head of the Alpha Male gym, and Garbrandt’s long time mentor.

Maybe Cody can pick out some errors that shouldn’t be replicated here.

UFC 207 takes place at the T-Mobile arena in Las Vegas, Nevada on December 30.